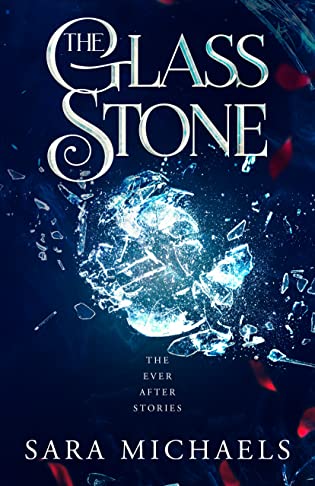 Power can take many forms, but sometimes the greatest magic comes from inside you.

Asha has been a servant for the cruel Duke Bryce for as long as she can remember, and when he married Queen Ilma of the Wind Kingdom, she was dragged to the castle with him and his daughters.

Now, the death of the queen has thrown the castle into panic: if her son, Prince Aither, doesn’t marry before his 18th birthday, the throne will go to Duke Bryce.

Prince Aither knows he must choose a wife, and he’s resigned to his fate. But Duke Bryce has his own ideas about who his bride should be, and if he gets his way, no one will be happy.

Asha is used to watching everything unfold from her place in the kitchen, but she soon finds herself on an unexpected quest set to change her life forever.

Meanwhile, Prince Aither must find a way to make the best of what seems like a hopeless situation and use his powerful magic as a force for good in the kingdom.

The Glass Stone is a magical tale of hope and love inspired by the traditional story of Cinderella. Sometimes, just a little bit of magic is all you need to change the world.

Lose your head in the clouds with Asha and Aither: scroll up, and click “Add to Cart” right now.

Before I begin my review I quickly have to thank Lola’s Blog Tours for allowing me to be a part of  The Jeweled Fairytale Retellings this week and for graciously providing me with the ebooks so that I could read and review them. I reviewed The Chaos Daughter on Monday,  The Order Revived on Wednesday and The Glass Stone is today. You can see the whole turn schedule HERE.

I should also mention that these are my honest and sincere thoughts about the book.

The Glass Stone is the third book in The Jeweled Fairytale Retelling series, The first two books The Chaos Daughter and The Order Revived are a duology and you need to read those books together but you can read The Glass Stone as a standalone. It takes place in the same world as the previous books but the story is it’s own.

The book is told from the POV of Asha and Aither. Which was perfect to get both sides of the story.

Our main character is Asha and she is the servant of a cruel Duke. He then marries the Queen of the wind Kingdom. Since she is the Queen he moves himself and his girls (Lyra and Sera) with him. Asha is forced to go with them. Things are a bit better for Asha in the Queen’s castle. It’s like she can breathe and relax a little. Although now that the Queen has died Asha and everyone in the castle is walking on eggshells. Asha has seen the difference in how she was treated to that of the Queen’s servants.

The Duke is just like the evil stepmother from Cinderella. He despises Asha and works her to the bone. He reminds her constantly that she is a servant and nothing more than that. Thankfully not everyone is like that.

The Queen has one son of her own, Prince Aither. He is grieving the loss of his mother. He discovers that he has a short period of time to get married to retain the Wind Kingdom and if he fails the Duke will get it. Will the Prince be able to find his wife before the time is up? Or will the Duke get all this power? He already has the perfect wife for the Prince. But will that work out?

This was another pretty quick read that I read in one sitting. I tried to take my time because I knew this was the last one until the next book comes out. Although when I look at Amazon I do see some novellas that are either out or are coming out that I plan on picking up. I do have to say that I think this is my favorite of the three books so far.