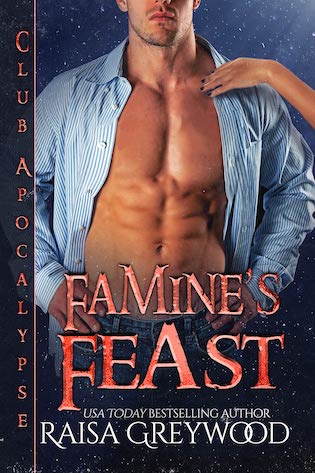 Exacting and demanding in the kitchen as he is in the bedroom, Jake McBride expects one thing from both his employees and his women: obedience.

Despite her mysterious past, Jake finds himself falling for his sweet, unassuming new sous chef. Not only is Olivia quickly learning to meet his rigid standards in the kitchen, her eager gaze practically begs for him to claim her. To own every inch of her gorgeous body until she’s ruined for any other man.

When Club Apocalypse is vandalized and secrets brought to light, Jake questions Olivia’s loyalties—and his own heart. If his suspicions are right, the woman he loves can’t be trusted. But if he’s wrong, there is a bigger threat on the horizon… and it could cost him everything.

She quickened her pace. “You told me not to be late, sir.”

“Danged runners.” Bearing down, he caught up, then cut in front to force her to stop. “Why were you going to kill yourself?”

“I saw you, Olivia. You made your imminent swan dive abundantly clear.”

Her jaw worked and a vein pulsed in her forehead. “Sir, am I off the clock?”

“What the hell kind of question is that?”

The fear left his body but was replaced by another kind of tension. Would she finally say all the words she’d hidden behind Spanish curses? He wasn’t sure how he wanted to respond, but his cock shot hard at the thought of what she might tell him.

“Nobody is going to fire you for telling the truth.”

“Good.” She took a step back, then looked up at him, her eyes sparkling with furious tears. “You’re a jerk, Jake McBride. I hate you. I hate your tasteless food with too much pepper and not enough salt. I hate that you can’t even smell it when you mess up, and that you don’t believe me when I try to say something.”

Mess up one steak and never hear the end of it.

Was it possible she suffered from hyperosmia? It would explain her gift with sauces and flavor profiles, even with such limited experience. Damn. If he’d even guessed at something like that…

And now…he was jealous.

“Go on,” he finally said, enjoying the way her tentative, halting speech smoothed into a delicious accent that made his cock stand to attention.

“I hate that you can’t make a decent omelet to save your life. I hate your constant criticism when you know I’m doing a good job, and I especially hate that it’s worse when I do something better than you.”

“Is that all?” he asked, hiding a smile. It might have taken a near-death experience, but he was delighted she was finally saying what he’d needed to hear.

The moonlight was nearly gone, meaning he couldn’t see her very well, but one last shard of silvery light caught her face. Her dark hair hung to the middle of her back in loose spiral curls from a ponytail at the base of her neck, and her brown eyes sparkled. A faint sheen of sweat on her face made her glisten, and she’d never looked more glorious.

“No.” She jammed a finger into his chest, making him move back a step. “I absolutely cannot stand that I still want to hear you tell me I did a good job. Just one time.”

Interesting. If he’d realized Olivia had a praise kink, he might have handled things differently. Then again, maybe that wasn’t a good choice, considering they were coworkers. Too bad his dick thought it was an excellent idea.

“Yes.” She took a deep breath and scrubbed a hand over her eyes. “I’m walking on eggshells every day because of you. I hate that my nerves misfire and it feels like ants are crawling all over me every time you speak or move. I hate the way your shoes sound like dog whistles. I hate your stupid soap because it makes everything smell wrong, and I hate that you’re too nose-blind to recognize it. And I really hate that I’m thinking about breaking parole so they’ll send me back to jail, just so I can get away from your arrogant ass!”

“No,” he replied softly, taking a step toward her. “You’re not going to be doing that.”

She snorted and turned away. “You have no idea how close you are to a carving knife between your ribs every time you open your mouth. I wouldn’t lose a minute’s sleep, and best of all, they’d send me to Perryville instead of Navajo County Detention.”

“What’s so great about Perryville?”

“It’s further away from you.” 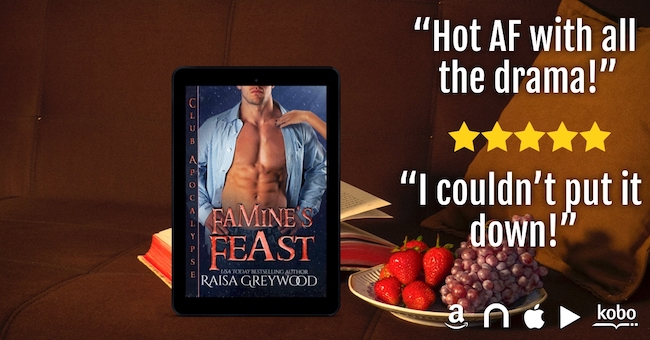 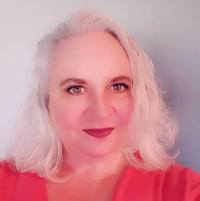 Raisa has worked as a teacher, an actuary (her husband called her a bookie—which isn’t too far from the truth), mother, and scout leader. She’s happily married to her husband of over twenty years, and is now enjoying semi-retirement writing the books she always wanted to read with kick-ass heroines and sexy, sexy men.