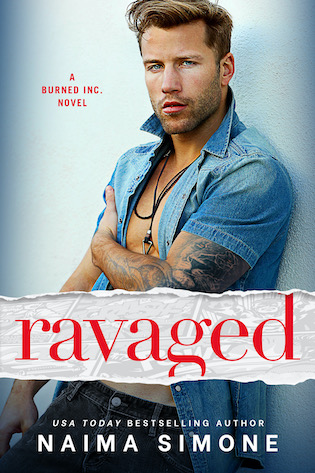 It’s no coincidence that my family’s breakup service is called BURNED Inc. I know what it’s like to be dumped. I’ve been there.

Long story short, I’ve got a rule when it comes to my love life: no athletes. As it happens, my best friend, Jordan, is a professional basketball player. He also has a delicious body and sexy tattoos.

But rules are rules.

Miriam is my best friend. She’s also the love of my life, the woman I’ve been dreaming about since we met. But she doesn’t do athletes.

I get it. I really do. And I just want Miriam to be happy. Which is why I set her up with a teammate to help her find the man she deserves—even though I can tell she’s into me from that one hot-as-hell night we shared months ago. Still, rules are rules.

But here’s the thing: I’m a competitor.

And sometimes you have to break the rules to win.

“Why were you about to leave?” Jordan brushes his lips across my forehead, leaving a trail of fire in his wake. “No, let me guess. Got too close for you. Too real. And what do two people like us, who come from f*cked-up homes where we saw the worst people had to give to each other, know about intimacy, right? It scares the hell out of us. Or it should. And normally, it does. But not with you, Miriam. And you can feel safe with me. I won’t hurt you. Won’t use whatever you share with me against you. So don’t run. Stay.”

A shudder ripples through me, and I don’t try to stifle it. Stay. I’ve been wanted for several reasons. My IQ. My talent. Sex.

But no one’s ever asked me to just be. And not with them.

The question sits on my tongue like a five-hundred-pound anvil, but I don’t voice it, too afraid of the response. Besides, for once, I’m also content to just be.

Tilting my head back, I rest it on his shoulder. This up close and personal with him, I can catalog every detail on his face. The black pupil with the very thin ring of brown. The tiny scar on the edge of his right cheekbone. The deep dip above his top lip that lends it the bow shape. The almost-there-but-not-quite cleft in his chin.

I’ve drawn him countless times in the last few weeks. So many that his face is as familiar to me as my own. And yet, I could analyze him for hours and still find new elements that would fascinate me. Jordan Ransom could become a new field of study, and I would easily earn my doctorate in him.

“Tonight, I told Daniel I couldn’t see him any longer.”

His eyes narrow, but he doesn’t speak. Yet my heart pounds in my chest, and the beat grows louder, the volume so deafening I can barely hear my own voice.

“It wouldn’t have been fair,” I whisper.

“Why not?” he asks, and that dark, low timbre is midnight and sin. Temptation wrapped in sex.

He bends his head the scant inches separating us and only stops when his mouth hovers a breath above mine. “Say it,” he orders, his lips so close they nearly brush mine.

Jordan doesn’t move, and I can taste his kiss, but he doesn’t eliminate the remaining space between us. Doesn’t take my mouth and give me what I can now admit I came here for. No, instead he stares at me, his expression inscrutable. Unease twists inside me, and for the first time since he placed me on his lap, I want to climb off, insert space between us.

“We’re going to f*ck,” he states, and while the word sends a lightning bolt of heat straight between my legs, it tightens the screw on my unease, deepens it. Because his tone is flat, almost disconnected.

“Yes.” We are. I need him tonight. And I won’t be able to stop at a kiss. I’m too empty, too hungry. I haven’t felt complete since the last time he filled me.

“And I’m going to be your mistake.” His fingers thread through my hair, sifting before fisting the curls and bringing them to his nose. He inhales, his eyes closing and, for a moment, freeing me from their hold. It’s in this instant that a flicker of emotion flashes across his face. Pleasure. Pain. Both. But when his lashes lift, his expression is back to being a mask of inscrutability. “Don’t misunderstand me. I’m still going to f*ck you. I find I’m so goddam desperate to be inside you I’m willing to have you any way I can. But I just want to make sure I know where we stand.”

Regret pierces me in the chest, sliding between my ribs like the sharpest blade. I have a lot to answer for. The latest being from a couple of nights ago. I run the moments after our kiss through my head. I never called him a mistake, never said I regretted what happened on my couch. But viewing my actions, my silence, through his lens, I can see how he’d interpret them that way. And coupled with how I friend-zoned him after the first time we had sex, calling that a mistake . . . well, damn.

Briefly closing my eyes, I hate myself for causing this bold, beautiful man even a second of self-doubt. He’s no one’s mistake. No one’s regret. And I can tell him that. I could write him a fucking sonnet about that.

Or I could show him. 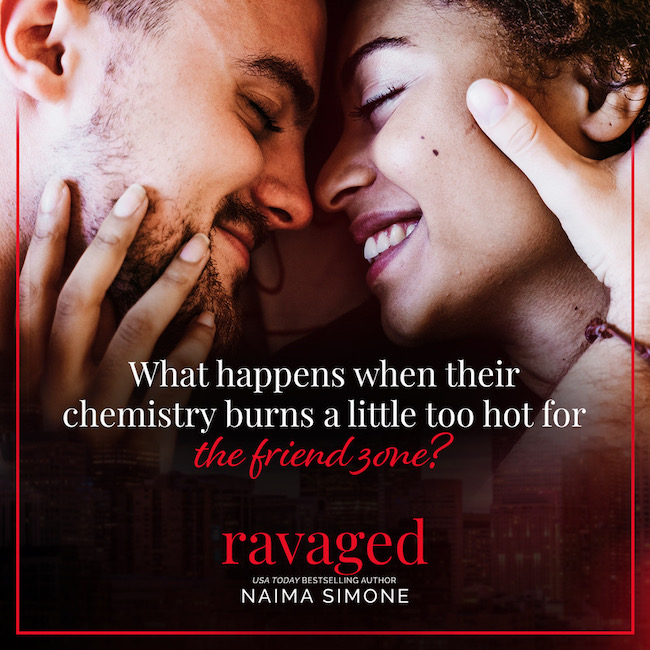 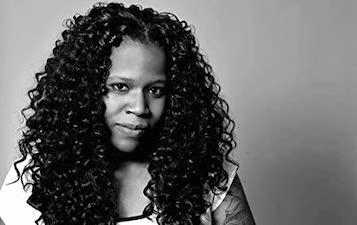 Published since 2009, USA Today Bestselling author Naima Simone loves writing sizzling romances with heart, a touch of humor and snark. Her books have been featured in The Washington Post and Entertainment Weekly, and described as balancing “crackling, electric love scenes with exquisitely rendered characters caught in emotional turmoil.”

She is wife to Superman, or his non-Kryptonian, less bullet proof equivalent, and mother to the most awesome kids ever. They all live in perfect, sometimes domestically-challenged bliss in the southern United States.