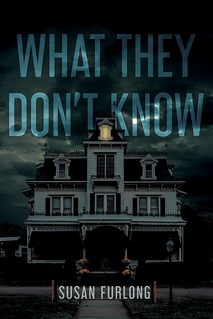 Blurb:
A picture-perfect suburban life fractures . . . and a darker reality bubbles beneath the surface.

Mona Ellison’s life is as perfect as the porcelain dolls lined up on her shelves. She has a successful husband, a loving son, a beautiful home, and a supportive group of girlfriends ever ready for their weekly wine night.

But when Mona’s son gets entangled with the wrong crowd and runs away from home, her blissful suburban world begins to unravel. She tells her friends that boys will be boys, that he’ll be back as soon as his money runs dry . . . but deep down she knows there’s something else going on.

Then the police show up at Mona’s door. A young girl has turned up dead in their quiet town, and her missing son is the prime suspect.

Determined to reunite with her son and prove his innocence, Mona follows an increasingly cryptic trail of clues on social media, uncovering a sinister side of suburbia and unveiling lies and betrayal from those she trusted most. And as Mona spirals further from her once cozy reality, a devastating revelation shatters everything she thought she knew. Now the only thing she’s sure of is that she can’t trust anyone . . . not even herself.

With unrelenting psychological suspense and a wicked twist, What They Don’t Know marries small-town thriller and domestic mystery—suburban paranoia at its best.

Before I begin my review I quickly want to thank Lola’s Blog Tours for giving me this opportunity to showcase What They Don’t Know and for providing an eGalley of the book to read.

Its been a few days since I read the book and I am still thinking about the book. I was instantly hooked the whole way through and barely put it down. I read this in a few hours. This was the perfect psychological thriller that I needed. It was a quick, fast, and intense read. There were so many twists and turns it felt like I was on a roller coaster just trying to wrap my head around it all.

Just by looking at the cover, which is gorgeous (and btw that style of a home is my dream), you know there is more behind those doors than people know. Oh, the secrets it could probably tell.

Our main character is Mona, married to Ben, who is a psychologist. Her son, Gus is no longer in the house. Mona leads us to believe that Gus hooked up with the wrong crowd and left. At first glance, you would think that as the reader we presume he ran away but that’s not the case, and as the story process you find out what really happened.

Mona lives in the suburbs of Chicago surrounded by her three best friends, (Tara, Selma, and Alice). They are having their last weekly book club because Mona is moving into the city so that Ben can be closer to his practice. They are all sitting around drinking wine when one of them brings up the latest news story of a body being found in the lake and being identified as Mia. From that point on chaos ensues. From the way Mona acted, I was like did she do it?

You can see from the way Mona is acting that things are off. She is obsessed with her porcelain dolls (which there is nothing wrong with) but she is talking to them and they’re talking back (in her mind) to her. Then she is starting to find things that she thinks Gus is behind who is trying to get to her with a message she reads from Gus’s Instagram account. She is convinced that Gus will return home.

Then one day the police show up wanting to question Ben. The only problem is Ben is out of town and he’s not where he is supposed to be according to Mona. Mona knows this is about Mia and Gus being involved and they think Gus might have killed her. She is determined to prove it’s not him. But if its now him then who else could it be? Mona? Ben?

I have to say that the pacing of this was perfect because it just gave enough tidbits of info to let you think about before giving more tidbits. It was gradually building up until all was revealed, sort of. If the previous books by Susan are anything like this I definitely want to check them out. I love a good psychological thriller. One that has you on the end of your seat trying to figure out it all out.

I am still shocked at the ending. I didn’t see that coming.

Excerpt:
It was the last Tuesday of the month, our normal book club night, and we were gathered at my house—Selma, Alice, Tara, and me—settled in the living room, Moroccan rug plush beneath us, immersed in the decor’s eclectic mix of whimsy and Old-World aesthetic. This would be our last book club meeting, but it was more than that, really. It was a pulled thread in the carefully woven tapestry of our friendships that had begun in college and endured careers, weddings, our firstborns, and remained constant through affairs, divorces, and much worse … 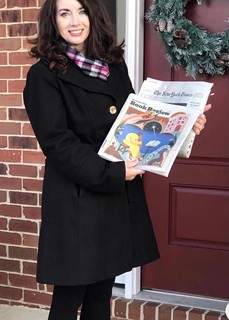 About the Author:
Susan Furlong is the author of several mysteries including the acclaimed Bone Gap Travellers series and SHATTERED JUSTICE, a New York Times Best Crime Novel of the Year. She also contributes, under a pen name, to the New York Times bestselling Novel Idea series. Her eleventh novel, WHAT THEY DON’T KNOW, will release in May 2022. She resides in Illinois with her husband and children.