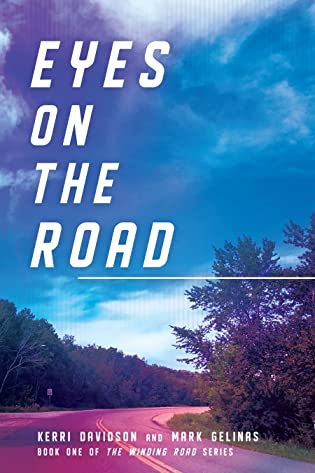 It's the summer of '95.Morgan Parker has had enough. She just graduated from high school and what is she doing? Looking after her mother's mid-life child. No one understands her dreams. No one supports her interests. She has to get away. Maybe meeting her dad, her real dad, will change her life.Across town, Joshua Hampton is also fed up. His father brought dishonor to the family and he wants to make amends - by joining the U.S. Marines. But first, he wants to visit his uncle who served. He's a hero.Josh and Morgan barely know each other. They have nothing in common except their destination: Seattle. After a drunken declaration at a party, they find themselves thrust together on the open road. Seattle is a long way from their home of Bathurst, New Brunswick, but they're certain they can make it. They're grownups now. What could go wrong?Almost everything.However, if you keep your eyes on the road, you never know what you might see at the end.Join Morgan and Josh in this riveting coming of age story that will keep you buckled in until the last page.

I should begin my review by saying that I am happy that I stumbled upon Mark Gelinas post in a local Facebook group I am in from my hometown because otherwise I would not have heard about this fantastic book.

After reading the synposis I instantly bought the ebook version and pretty sure I might end up buying a physical copy of the book. I managed to read this in one day. It was quick, easy and fast to read.

Not only did the synposis hook me but the location as well. The book takes place in my hometown of Bathurst, NB. I don’t ever recall hearing about any books taking place in my small little northern New Brunswick town until now.

Its summer of 1995 and Morgan has just graduated from high school (and from the sounds of it I think it would have been my old high school BHS) and she is fed up. She is stuck spending the summer babysitting her baby brother and the prospects from the upcoming year don’t seem that great because her step father is pushing her to go to university but Morgan doesn’t want to do that but no one is listening to her or her dreams. Having had enough she decides that she is going to take a road trip to Seattle to meet her real father.

Meanwhile across town is Josh and he is living at home and is fed up as well. He is working to save up money so that he can get to Seattle to see his uncle and then has plans to enlist in the Marine Cor. He is determined to right the wrongs of his father. Josh feels like his father has brought dishonor to the family with not enlisting in the Marines. He feels that doing this will make things better. I have to say the little interaction his father had in the book I didn’t like him. After a heated argument he kicks Josh out.

Its at a drunken party that the two officially meet. They sort of know who each other is because they were in classes together but are not friends. Which I can so relate to because I know so many people who have been in my classes but never really knew them outside of school. Its not like Bathurst is a huge city it has a population of roughly 12,000. The graduating class is roughly 275 around that time.

Anyways back to my review. Its at this party where Morgan has had a few drinks and is fed up with hearing about how everyone is moving on with there post high school graduation life at univeristy that she yells she is going to Seattle and of course its at this time the music stops so everyone has heard this declaration. She has no choice but to follow through with it right?

Josh hears this and knows its the answer to his solution. He needs to get to Seattle and she is his ticket out of Bathurst. After much consideration Morgan decides its now or never and having Josh there to help with expenses will help. Although little did she know how many things will go wrong on this 5, 121 km journey.

You know at this point that it won’t be a smooth easy ride and right from the get go they both have obstacles to overcome such as both sets of parents not knowing that they are leaving for this road trip. Will they be able to survive this road trip and get to Seattle in one piece? Will the outsome be what they expected?

I absolutely loved this and its been some time since finishing it that I still think about Morgan and Josh and wonder what they are doing because when the book ended they were on a road trip headed back to Bathurst. Will they survive the trip back?

I also have to admit that after reading this I am homesick for my little town and so want to go back. I do know that when I do make it back that I will be remembering all the spots mentioned in the book.

I did see that the second book will be releases in early 2022. I am anxiously awaiting its release.