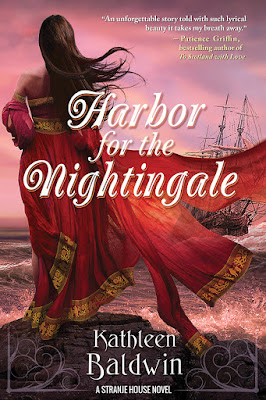 “Baldwin has a winning series here: her characters are intriguing and fully rendered.” —Booklist,
on Refuge for Masterminds

It’s 1814. In this alternate history, Napoleon has forced Europe to its knees, and now he plots to seize control of Britain.

Maya brings the mystery of India with her…

With her friends’ lives in deadly peril, Miss Maya Barrington, one of Miss Stranje’s unusual
girls, must serve as a double agent. To do so, she gains entry into Napoleon’s
duplicitous game on the arm of the enigmatic Lord Kinsworth. She can read
almost everyone; not so with this young rascal. Quick with a jest and armed
with lethal charm, Kinsworth remains just beyond her reach. Can she trust him?

With Britain’s future at risk and those she loves in deadly peril, Maya questions everything
she thought she understood about life, love, and loyalty.

Fans of genre-blending, romance, and action will love this speculative history
Regency-era novel filled with spunky heroines, handsome young lords, and
dastardly villains–fourth in the Stranje House series. Don’t miss the first
three books: A School for Unusual Girls, Exile for Dreamers, and Refuge
for Masterminds

“An outstanding alternative history series entry and a must-have for teen libraries.” —School
Library Journal on Refuge for Masterminds

“This alternative history series will appeal to fans of Gail Carriger’s works and The Cecelia and Kate novels by Patricia C. Wrede and Caroline Stevermer.” —School Library Journal on A School for Unusual Girls 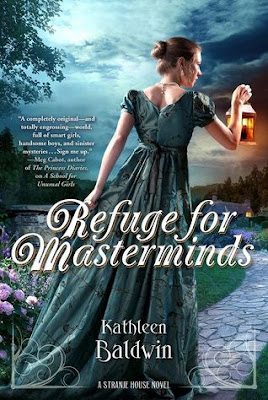 It’s 1814. Napoleon has escaped his imprisonment on Elba. Britain is at war on four fronts. And at Stranje House, a School for Unusual Girls, five young ladies are secretly being trained for a world of spies, diplomacy, and war…

Napoleon’s invasion of England is underway and someone at Stranje House is sneaking information to his spies. Lady Jane Moore is determined to find out who it is. If anyone can discover the traitor, it is Jane—for, according to headmistress Emma Stranje, Lady Jane is a mastermind.

Jane doesn’t consider herself a mastermind. It’s just that she tends to grasp the facts of a situation quickly, and by doing so, she’s able to devise and implement a sensible course of action. Is Jane enough of a mastermind to save the brash young American inventor Alexander Sinclair, her friends at Stranje House, and possibly England itself? 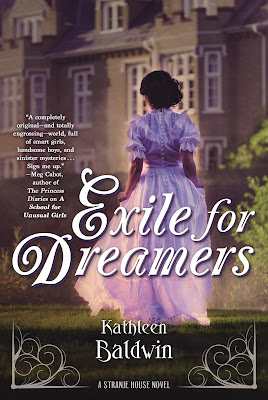 Tess can’t run far enough or fast enough to escape the prophetic dreams that haunt her. Dreams bring nothing but death and grief, and Tess refuses to accept that she may be destined for the same madness that destroyed her mother. Until
her disturbing dreams become the only means of saving Lord Ravencross, the man
she loves, and her friends at Stranje House from Lady Daneska and her lover,
the Ghost-agent of Napoleon, who has escaped from Elba. Can the young ladies of
Stranje House prevail once more? Or is England destined to fall into the hands
of the power-mad dictator?

A School for Unusual Girls is a great next read for fans of Gail Carriger’s
Finishing School series and Robin LaFevers’ His Fair Assassin series. 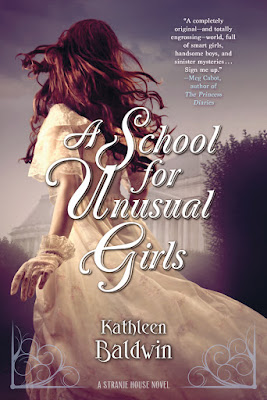 It’s 1814. Napoleon
is exiled on Elba. Europe is in shambles. Britain is at war on four fronts. And
Stranje House, a School for Unusual Girls, has become one of Regency England’s
dark little secrets. The daughters of the beau monde who don’t fit high
society’s constrictive mold are banished to Stranje House to be reformed into
marriageable young ladies. Or so their parents think. In truth, Headmistress
Emma Stranje, the original unusual girl, has plans for the young ladies—plans
that entangle the girls in the dangerous world of spies, diplomacy, and war.

After accidentally setting her father’s stables on fire while performing a
scientific experiment, Miss Georgiana Fitzwilliam is sent to Stranje House. But
Georgie has no intention of being turned into a simpering, pudding-headed,
marriageable miss. She plans to escape as soon as possible—until she meets Lord
Sebastian Wyatt. Thrust together in a desperate mission to invent a new invisible
ink for the English war effort, Georgie and Sebastian must find a way to work
together without losing their heads—or their hearts… 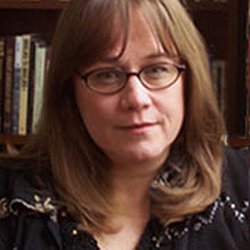 Award-winning author, Kathleen Baldwin, loves adventure in books and in real life. She taught rock climbing in the Rockies, survival camped in the desert, was stalked by a mountain lion, lost an argument with a rattlesnake, enjoyed way too many
classes in college, fell in love at least a dozen times, and married her very own hero. Together they’ve raised four free-spirited adventurous children.
SCHOOL FOR UNUSUAL GIRLS is her first historical romance for Young Adults. Awarded 2016 Spirit of Texas, it is also a Junior Library Guild selection. Publisher’s Lunch listed it in 2015 YA BookBuzz. Scholastic licensed it for book fairs. Ian Bryce, producer of Spiderman, Saving Private Ryan, and other notable films optioned the series for film.
#1 New York Times bestselling author Meg Cabot calls Kathleen’s romantic Regency adventure,
“completely original and totally engrossing.”
Website
| Blog | Twitter | Facebook | Instagram | Pinterest | Goodreads
Giveaway Details:
1 winner will
receive a finished copy of HARBOR FOR THE NIGHTINGALE. US Only.
a Rafflecopter
giveaway