Just One Night
Felice Stevens
Publication date: November 9th 2022
Genres: Adult, Contemporary, Romance
In the rough and tumble world of New York City, these men don’t mind getting down and dirty—in business or each other.

It isn’t every day a gorgeous stranger shows up in my bedroom wearing not much more than an arrogant smile. When I discover he’s a high-priced escort and a surprise birthday present from my sister…now she’s gone too far.

Except I haven’t been able to stop kissing him long enough to tell him to leave.
No one has to know he’s spent the night. And when we’re done, he’s gone and out the door. Never to be seen again.

Well, not exactly.
Because for some crazy reason, I can’t quite forget Archer Strong.

It’s a job like all the others. Another evening of million-dollar seduction and fake desire that’s made me the most exclusive escort in New York City.
But after one kiss from billionaire real-estate mogul Madden Steele, I’m not pretending anything.

And when he wants to see me a second time, I break my rule of one and done.
Because just one night with Madden isn’t enough. I want to see him again.
And again.

Now he’s asking for something more. Something that could solve all my problems, and his. But it’s something I can’t give him.
Or can I?

With an enemy from inside Madden’s family scheming to take control of his company and destroy me, we’re in for a fight. Holding on to each other might be the biggest risk of our lives, but it’s the only way to reap the greatest reward—love.

From Lambda Literary Award-winning author Felice Stevens comes a passionate story of two men fighting the demons of their past and unexpected desire for each other. Expect steamy encounters, backstabbing relatives, lots of cuddling and junk food in bed.

I slid my hand to his nape, grasping him hard and bringing him flush with me. “Let’s go to bed.”

Wide-eyed yet still possessing that air of arrogance that was a fucking turn-on, Madden shook his head. “I don’t think so.”

He walked out of the bedroom, leaving me in the unusual position of feeling frustrated. Frowning, I slipped on my briefs and pants, and set off to track him down. The apartment was huge, at least five thousand square feet, and with a killer view. It made sense—if you had more money than God, you’d live in the closest thing to heaven.

I saw him on the balcony, standing by the railing, and went to him. “It’s beautiful here. How old is this building?”

He inched away from me. “About ten years. But this space wasn’t renovated until two years ago.”

I’d read that his father died a couple of years earlier, so maybe that had something to do with the timing. What I didn’t know was why I bothered to ask him that, or anything else personal. It went against everything I stood for in my business: nothing personal, and certainly no in-depth questions about life. Kissing a client was a rarity, and yet I couldn’t stop staring at his mouth. I wanted to plunge my tongue past those soft lips and battle with his. Feel his hot breath stutter in my ear.

Jesus, get a grip. He’s no different from any other client.

“Well, it’s beautiful. Shall we go inside?” I slid behind him and pressed my mouth to the pulse pounding at his throat. “Unless you want people to watch us.”

He twisted away from me. “Look. My sister is crazy. This whole idea is. I’m fine as is. I’ll pay you whatever you were going to charge her, and you can leave. What do you want, a check or direct deposit to your account?”

Madden pulled away and strode inside, leaving me to scramble after him. Dammit. I should say screw it and leave. I had my money already, so there was nothing to lose.

Except knowing what it was like to fuck Madden Steele. 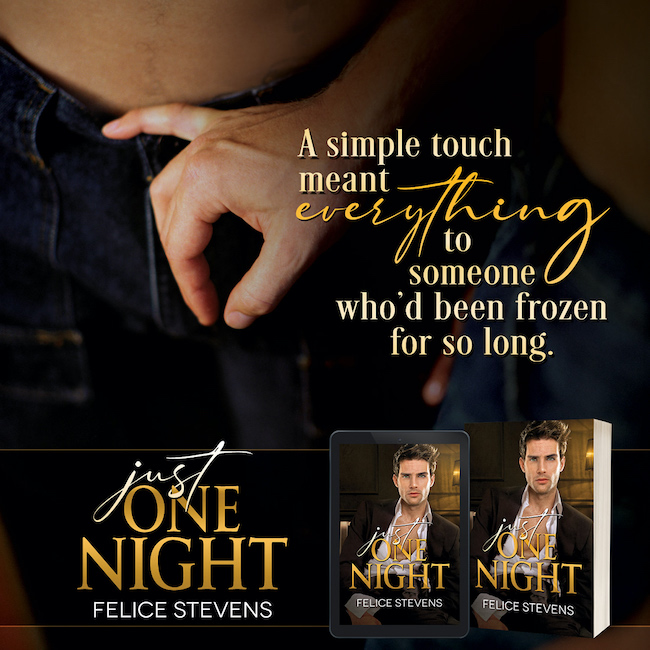 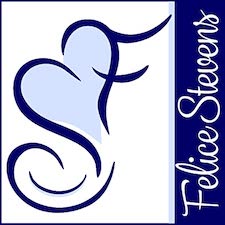 Felice Stevens has always been a romantic at heart. She believes that while life is tough, there is always a happy ending around the corner. Her characters have to work for it, because just like life in NYC, nothing comes easy and that includes love.

Felice is the 2020 Lambda Literary Award winning author in best Gay Romance. She lives in New York City and has way too much black in her wardrobe. If she’s not writing, you’ll probably find her watching reality TV or procrastinating on FB in her reader group, Felice’s Breakfast Club.