I am so excited that WRASSLE CASTLE BOOK 3: PUT A LYD ON IT! by Paul Tobin, Colleen Coover, & Galaad (Illustrator) is available now and that I get to share the news!

This blitz also includes a giveaway for 2 finished copies of the book courtesy of Wonderbound & Rockstar Book Tours. So if you’d
like a chance to win, check out the giveaway info below. 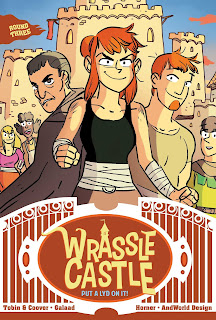 Title: WRASSLE CASTLE BOOK 3: PUT A LYD ON IT!

It’s the end! And it’s time for Lydia to step into the ring for a slam-to-the-mat finish
… something that she has trained for her entire life. For fans of The
Nameless City, Lumberjanes, and She-Ra!

THE FINAL SHOWDOWN IS HERE! IT’S THE CHAMPIONSHIP: FOR FREEDOM (HER BROTHER’S)
and GLORY (HER OWN)!

Lydia Riverthane readies herself for the finals of the Wrassle Castle tournament, hoping to win her brother’s freedom and get back his good name. But Lydia and her diverse group of friends, Chelsea, Nyle, and Dee, discover that the plot against the Riverthane family goes deeper than any of them thought. Lydia will have to dig deep and unlock the secrets behind her own wrassling if she wants to have any hope of saving her home and family. 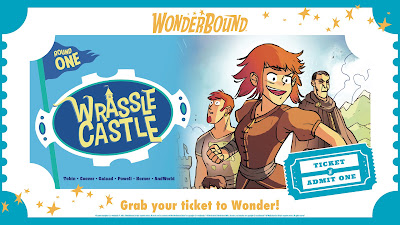 Buy the first 2 books in the WRASSLE CASTLE series
now! 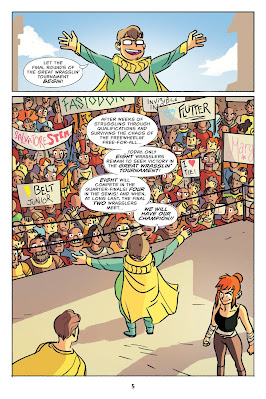 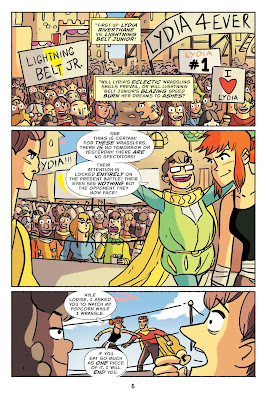 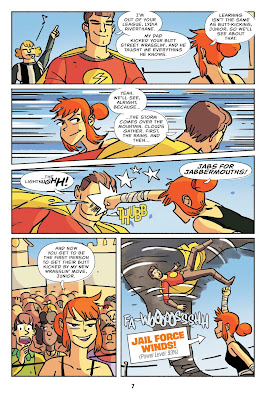 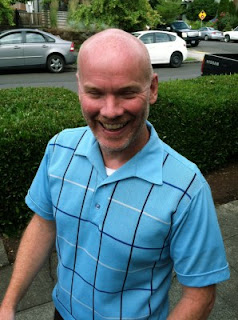 Paul Tobin is the New York Times best-selling author of
the Plants vs. Zombies graphic novels, as well as a wide range
of other titles for all ages of readers. Paul wrote extensively for Angry
Birds, and for Marvel’s all-ages “Adventure” line, and
teamed with artist Benjamin Dewey on the Eisner-nominated I Was The Cat graphic
novel, and with his Plants vs. Zombies artist Ron Chan for
their recently released Earth Boy graphic novel. Along with
his wife, artist Colleen Coover, Paul is the creator of the multiple
Eisner-Award-winning Bandette comics featuring the antics of
the world’s best—and most charming—thief. Paul and Colleen also teamed up on
their Banana Sunday graphic novel, and now as the writing team
on Wrassle Castle. Paul lives in Portland, Oregon, where he
feels that it rains frequently enough, but not hard enough. 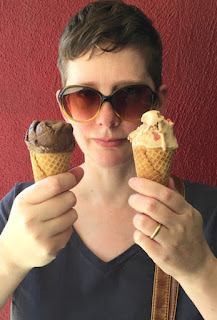 Colleen Coover is a comic book storyteller and illustrator
living in Portland, Oregon. With writer Paul Tobin, she is the co-creator of
the comics Banana Sunday and Bandette. Colleen and Paul are the co-writers of
Wonderbound’s new series Wrassle Castle, drawn by the artist Galaad. When she
is not making comics or creating illustrations for a variety of clients,
Colleen spends her time spinning yarn, knitting sweaters, and eating ice cream.
She is a member of Helioscope, a collective of Portland-based creators. colleencoover.net 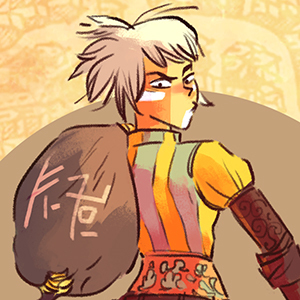 Galaad is a
French comic book artist and a former freelance illustrator, animator, concept
artist, and storyboard artist for the entertainment industry – specifically for
video games and animation.

2 winners
will receive a finished copy of WRASSLE CASTLE BOOK 3: PUT A LYD ON IT!, US
Only.