I am so excited that I DO OR I DON’T by Rob Edwards is available now and that I get to share the news!

This blitz also includes a giveaway for a $10 Amazon GC from Rob & Rockstar Book Tours. So if you’d like a chance to win, check out
the giveaway info below. 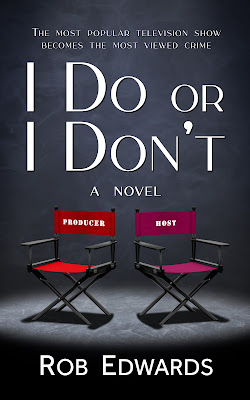 Beautiful Brooke Winthrop, and brash Becca Dodge are known in Hollywood circles as the Queen B’s for their meteoric success. They are the host and producer of I Do or I Don’t, the number-one-rated reality television show in the country. It is a whirlwind courtship show that ends every episode at the altar where two people must decide, on live TV, whether they will say the words that will change the rest of their lives.

One unlucky bride says, “I do,” only to be murdered by the groom on their honeymoon. The distraught father of the bride holds Brooke and Becca accountable. He manages to kidnap them and produce his own internet show based on the format of their program. Brooke and Becca are run through the scenarios they put their couples through. They must use these brief moments to prove their innocence or be killed in the last episode.

“Just so you all know, with the good press we’re getting and the increase in applications, I’m contemplating pushing the network to give us either Sunday night or Thursday night, too.”

“Are you serious?” Brooke said.

Becca looked up. “It’s either that or two hours on Tuesdays.

We need to make hay here. With our numbers the way they are, sponsor rates are at a premium. That gives us leverage for a mid-season renegotiation. I say we go for it.”

“Hell, yeah,” Amantha said and others at the table chuckled.

The door opened, and a young girl walked in and rushed over to whisper to Amantha. Brooke had seen her before but didn’t know her name. She just knew she was Amantha’s casting associate.

Amantha listened and turned to Becca. “So, apparently we have a woman who’s not comfortable with any of the ten individuals we’ve supplied her with. She’s in tears and is begging RuLanne for a few more applications.”

Becca shook her head. “No way. That’s part of it. You may get lucky, or you may not. Tell her that we’re sorry it didn’t work out for her and send her on her way.”

“Hold on,” Brooke said. “Becca, can’t we give her another five or so? We’re supposed to be helping people find love.”

“No, we can’t,” Becca leaned forward. “And don’t think for a minute that it’s our job to help people find love. We’re here to put on a show. If suddenly we start giving extra applications for people to go over until they find someone, they’ll never make a decision, and we’ll never have a show.”

“Oh,” George said. “You mean that show we have about helping people find love?”

Becca glared at him and then turned to RuLanne. “Do this. Go tell her we’re sorry we can’t give her more applications to go through. But promise her ten seconds on the next broadcast so she can tell all her family and friends. Then get her name to the editors and tell them I said to put her in, or I’ll have their ass. Clear?”

RuLanne nodded and rushed back out.

As soon as the door closed Becca slammed her hands on the table and stood. “The name of this show is not called ‘Finding Love.’ It’s
called I Do or I Don’t and don’t think for a minute that anybody watching this show is hoping for the former.

There’s a huge segment that is hoping to see someone say, ‘I don’t,’ because watching a train wreck is a shitload more entertaining than watching someone else’s happiness.” She pointed at George, glaring. “And, George Crone, if you argue with me one more time in
front of the crew, your ass will hit the pavement so fast you won’t know what happened. And you can just keep on bouncing because you aren’t getting back in.

Got it?” George closed his laptop quietly and rested his hands on top of it. “Got it.”

“Ehhh…” Alanna paused briefly at the harshness of her boss’s tone. “I think you all should come see this right away.”

“See what?” Becca asked. “We need to finish this meeting.”

“Kristine Haddock, the bride from the show the other night.”

Alanna looked around the room. 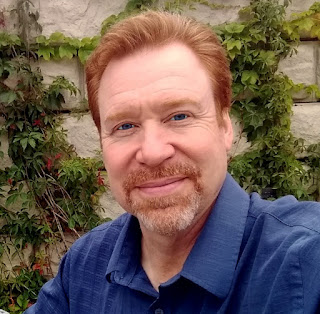 The majority of Rob Edwards working life has been in the
video and film production world, giving him ample experience with storytelling
and the creative process. He has written throughout his career and has won
national and international awards for his work.

He is now transforming his efforts to the page, rather than
the screen.

Rob lives in the mid-Michigan area with his bride. Together they enjoy traveling, foodie adventures, wine tasting,

He currently works as a Media Development Specialist and teaches video post-production.

​
Rob loves hearing from readers, so please feel free to contact him.