Today Morgana Bevan and Rockstar Book Tours are revealing the cover for CHASING ALYS, the first book in her new rockstar romance series which releases September 28, 2021! Check out the awesome cover and enter the giveaway! 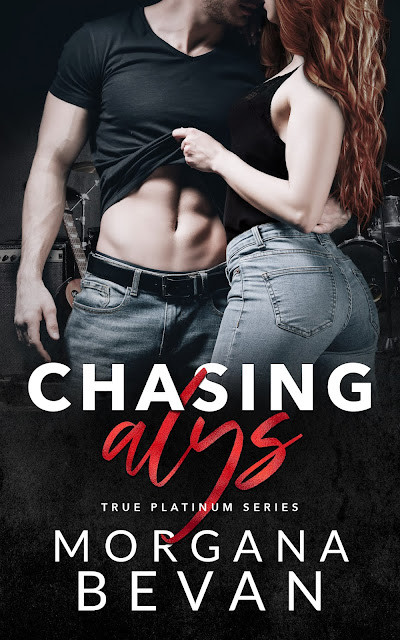 PRE-ORDER  THE EBOOK NOW FOR 99CENTS!

Check out a preview of CHASING ALYS!

When love’s song takes over, I’m forced to find the beat.

Heartbreak has been my dance partner for years, but I’m done. Love is a complication I no longer want. Especially from a rockstar.

Ryan Evans is the very definition of heartbreaker. Women line up so he can rock their worlds.

Not me. I’m determined to resist his charms.

Who cares if he has striking blue eyes and a voice that lights me up? Our beats are thoroughly out of sync.

I am definitely, one hundred per cent, never again waking up to a stupid thank you note, for a night that probably shouldn’t have happened, with a guy who’s already on a plane out of here. Except, there’s something about Ryan’s charming determination
that gets past my defences. He creeps into my heart… and my bed, until I’m so wound up in him, there’s only one way it can possibly end…

Chasing Alys is a full length steamy rock star romance. It is the first book following Rhiannon and the first in the True Platinum Series.

“I’m sorry about that.” He gestured back to the club. “That doesn’t normally happen. I don’t understand why it did tonight.” He dragged a hand through his hair, frustration darkening his eyes.

I shrugged, magicking up an air of nonchalance from somewhere. “You’re an up-and-coming rock star. It was going to happen someday.”

“I know, but not here. We don’t have a following in Cardiff.”

My eyes flicked back to the club. I could still hear the music; the bass vibrated down the street. They were lucky this was a commercial
zone. The complaints would have been constant.

My words didn’t ease the tension in his face. I didn’t know how to do that or why I felt the need to comfort him.

“I’ll be better prepared from now on,” he said, his tone dripping with desperation.

Despite the situation, my lips twitched. “What are you going to do? Wear a disguise?”

His nod was swift. “If it’ll help, absolutely.”

“I appreciate the suggestion, but maybe this was just a sign that it wouldn’t work out anyway.” I took a step back, towards the waiting
taxi. “It was a fun couple of days, Ryan,” I said, trying to inject some light into his sad expression.

The truth in those words took me by surprise. I had had fun with him, even if our interactions were brief. I’d miss his easy smile and the way he seemed to draw me to him like a magnet.

Wordlessly, he stepped around me and opened the taxi door.

With a grateful smile, I slid in and buckled up.

Fun or not, I couldn’t give in. At this point, it felt like I needed to prove that I could be happy without a man messing with my head.
Breaking a promise to myself for a guy who had women tracking his every movement would be foolish.

I was giving the driver my address when Ryan knocked on my window. He gestured for me to roll it down and I hit the button, frowning.

Ryan leaned forward until his head was level with mine.

Something had eased in him and he had that determination shining in his eyes again. My stomach dropped at the sight. In that second, my wishes to be a mind reader came true. I knew what he was going to say before he uttered the words.

“There’s something important here and I’m not giving up yet.” 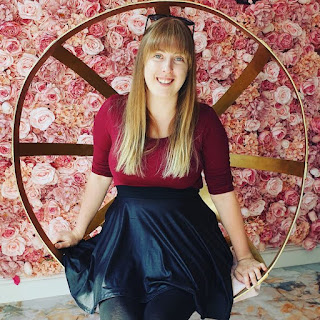 Morgana Bevan is a sucker for a rock star romance, particularly if it involves a soul-destroying breakup or strangers waking up in Vegas. She’s a contemporary romance author based in Wales. When Morgana’s not writing steamy rock star and movie star romances, she’s working in TV production in the UK.

When not writing, she enjoys travelling, attending gigs, and trying out the extreme activities she forces on her characters (see Instagram for evidence!).

3
winners will receive an eARC of CHASING ALYS, International.