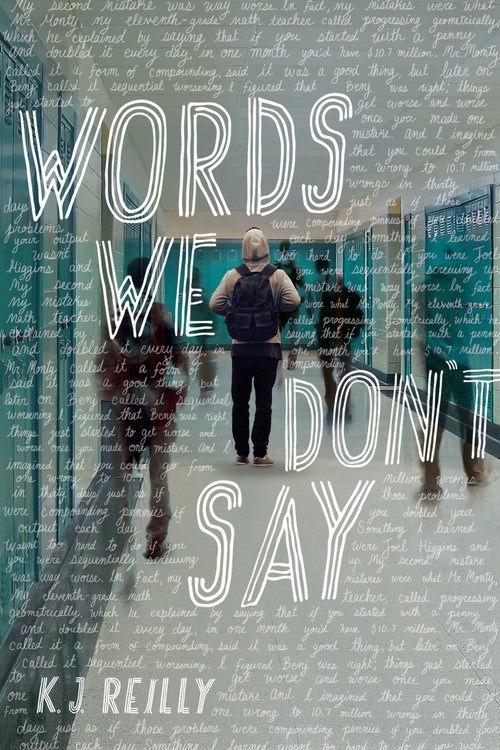 Joel Higgins has 901 unsent text messages saved on his phone.

Ever since the thing that happened, there are certain people he hasn’t been able to talk to in person. Sure, he shows up at school, does his mandatory volunteer hours at the soup kitchen, and spends pretty much every moment thinking about Eli, the most amazing girl in the world. But that doesn’t mean he’s keeping it together, or even that he has any friends.

So instead of hanging out with people in real life, he drafts text messages. But he never presses send.

As dismal as sophomore year was for Joel, he doesn’t see how junior year will be any better. For starters, Eli doesn’t know how he feels about her, his best friend Andy’s gone, and he basically bombed the SATs. But as Joel spends more time at the soup kitchen with Eli and Benj, the new kid whose mouth seems to be unconnected to his brain, he forms bonds with the people they serve there-including a veteran they call Rooster-and begins to understand that the world is bigger than his own pain.

Before I begin my review I quickly have to thank Rockstar Book Tour for allowing me to be a part of the blog tour and to Disney Hyperion for sending me a eArc of the book to read for my review today.

Words We Don’t Say is a debut novel about a teenage boy named Joel who is struggling over an incident that happened to him. He is struggling to move on and to be open with people. As the story progress you begin to discover what happened as its told through his point of view.

On the advise of his psychiatrist to start keeping a journal he decides that he would rather use text messaging but instead of sending the text he saves them all. The texts are to Andy (his best friend), Eli (the girl he likes) and the principal of the school. Through these text messages you can see the struggles he is going through.

The story mostly takes place at a soup kitchen where Joel has to do mandatory volunteer hours for school with Eli. Its through this that Joel realizes so much about the people who have to use it such as Rooster who is a PTSD suffering veteran who doesn’t speak but Joel takes a liking to him. He realizes through is actions of kindness that he can get through to him with patience. Its when he gives Joel a gun and a badge that things get crazy and exciting to read.

From there on things get interesting and I had a hard time putting the book down and pretty much read it in one sitting.

This book covers so many things that are going on in the world today and its nice to see someone bring them to light. We definitely need more books like this for our young people to read.

One thought on “Review/ Words We Don’t Say”