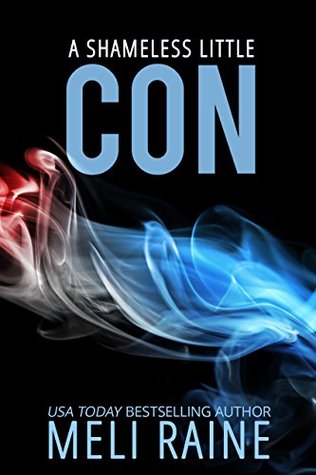 I never betrayed my friend.

Last year, I was kidnapped along with presidential candidate’s daughter Lindsay Bosworth, forced to help her assailants, my mother implicated in one of the biggest political scandals in American history.

I’ve been cleared of any wrongdoing, but that doesn’t matter. Once you’re tried by the media, you’re guilty as sin. The truth doesn’t get the public’s attention.

And everyone assumes you’re tainted.

Now I have my own personal security team, courtesy of the United States government. Not the one you learned about in civics class, though.

I’m being tracked by the deep state. The shadow government. They’ve assigned Silas Gentian to be with me twenty-four seven. He thinks he knows everything about me – all of it bad — and he does.

Like everyone else, he assumes I’m a traitor. A backstabber. A betrayer. Someone who helped a group of violent psychopaths, puppets of powerful men in Washington who made me into a tool.

Yet I see how he looks at me. True desire can’t be faked.

And that goes both ways.

He assumes I’m trying to fool him.

But not for the reasons he thinks.

A Shameless Little Con is the first book in the Shameless trilogy by USA Today bestselling author Meli Raine. 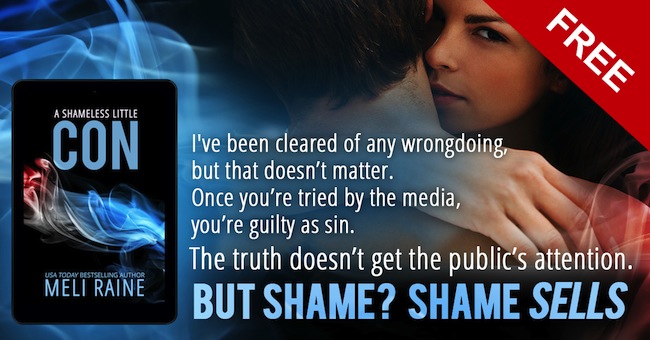 Life is about blending in now, an impossible task for someone who has more notoriety than Monica Lewinsky. Shame is a booming industry, one with capital and debt, profit and loss sheets, one that trades in the hard currency of humiliation and intrigue. My ringing phone would be a constant reminder of my ongoing debasement, so I turn it off. Pretend there is no sound.

Pretend in order to function, because if I let myself receive a notification every time someone mentioned me, I’d be buried in cacophony, shattered by so much noise I would dissipate, particles of Jane Borokov in the air everyone breathes, and we can’t have that.

If I did that, I wouldn’t exist, and right now my best defense is just existing.

No one believes me.

And as time passes, I see that what people actually believe doesn’t matter.

It’s what you can manipulate them into feeling that counts. Media reports about my so-called heinous actions last year are all about stoking the furious fire of public anger. Get them outraged. Get them frothing. Pitchforks and torches are so twentieth century.

Move on to the next scandal.

It’s all part of your life, right?

Until you are the shame sacrifice of the day. Week. Month.

We’re trained to seek high rewards, but the internet lets us do it with low effort. Got to get that dopamine fix somewhere, right?

I start, spilling a bit of the crema from my latte on my hand. The perfect heart at the center of the foamy milk on the surface of my coffee turns into a mangled, jagged mess.

“Jesus! You scared me.” I keep my voice to a low hiss, mortified by all of the layers this interruption is breaching. I refuse to look at him, because if I look at Silas Gentian, my newly assigned bodyguard and babysitter, I’ll see disgust.

And while I’ve gotten used to it from everyone else, I still can’t stomach seeing it reflected back at me from him.

Meli rode her first motorcycle when she was five years old, but she played in the ocean long before that. She lives in New England with her family.