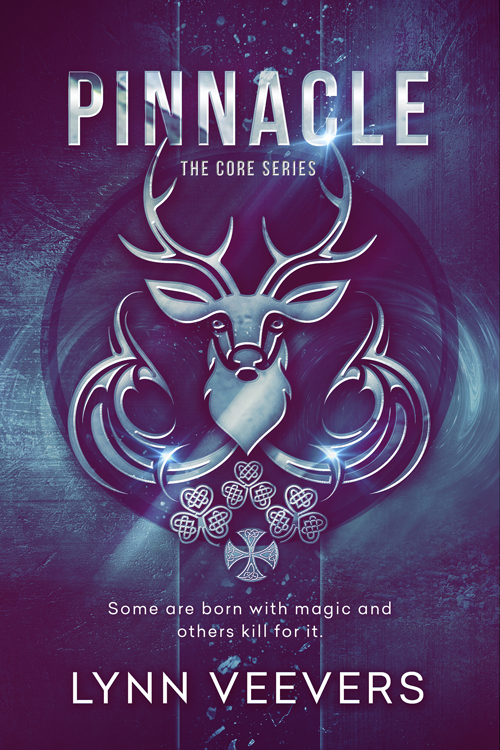 Identifying her parents was the hardest thing ever, until Kaya learned she was the killer’s next target. Moving had thrown the ancient predator off her trail temporarily but with magical abilities manifesting, Kaya’s scent grows stronger and the attempts on her life become constant. Narrowly surviving each encounter, Kaya is desperate to stop her potential assassin, but it’s hard to kill a creature that changes its appearance and disappears without a trace. Kaya finds the support she needs to succeed in her small group of friends and her boyfriend Kenneth. Like so many things, they’re more than what they seem and with the killer having unsettling similarities to Kenneth and his family…Kaya can’t help but wonder if there’s a connection.

Pinnacle is the first book in a series called The Core Series and it was released this week and its a debut novel. The second book is expected next year.

I love going into a book not knowing anything about it and I am so happy I didn’t know anything because I was taken on a roller coaster ride with this book because there was so many twists and turns in the book that you literally had no idea what was going to happen next. I literally had a hard time to put the book down. For me these are the best kinds of books to read when you want something new and different and this book offers just that.

The main character is Kaya who is a 17 year old girl who on the outside looks like your normal every day girl but behind close doors she has magical powers. I had no idea where this was going because it was beginning to feel like a paranormal book and I have to say that I really enjoy reading those. So needless to say this is not your typical book.

For some reason Kenneth seemed to rub me a little wrong. Not exactly sure what it was but I just couldn’t gel with him. There is definitely more to him that we know both of him and his family. This was something that Kaya picked up on but never really questioned it.

We all know that there is more to a person then they portray and let on and this was the case. What will Kaya do? Can she get the answers before its too late?

One thing I loved was how Lynn explained everything without taking away from the story. Reading each chapter was like peeling on onion and I think thats what made the book work. As I am reading this I realized that I can’t wait for the second book to come out and I hope its really soon. I need to see where this goes.

This is a fantastic debut novel and I would definitely continue reading the series when it comes out.