Sadly I wasn’t able to attend this year just because it wasn’t doable. With the current exchange rate the major factor in all this plus NYC is expensive. I hope everyone that is going will have fun and I will miss seeing you all but look forward to seeing your posts etc. Hopefully I will see you all next year.

So with that being said I thought I would share some of the books from Book Expo that have made it onto my wishlist of books to get when they come out.

Today’s post is going to be all about the adult books. I sometimes have a hard time finding some great adult fiction but I think these sound pretty good. What do you think?

Have you spotted anything you want to read? 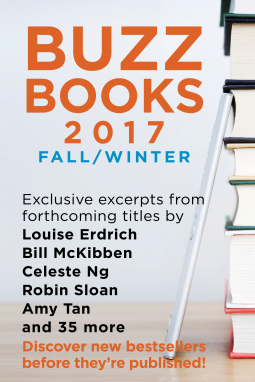 This is always a great and handy tool to read before heading to Book Expo because sometimes the upcoming books are actually there.

After spotting this book and downloading it from Netgalley I seriously can’t wait for these to come out. In the past they use to put these two two times a year but since January they have been doing a monthly buzz which is also a great resource for upcoming titles, so it was nice to see that they still plan on doing the special editions as well.

The Buzz Books 2017 Fall/Winter edition features was  huge with so many exclusive excerpts of new  titles. Each title includes the cover of the book, summary and a few chapters. Just enough to suck you into wanting to read the book or books asap. It covers fiction, debut fiction, and non fiction.

Here is the titles that are included in this Buzz Books:

These are the ones that peaked my interest: 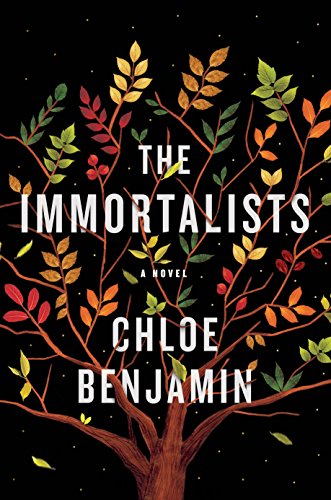 The Immortalists by Chloe Benjamin. This is scheduled for January 2018 and the publisher is G.P. Putnam’s Sons.

If you knew the date of your death, how would you live your life?

It’s 1969 in New York City’s Lower East Side, and word has spread of the arrival of a mystical woman, a traveling psychic who claims to be able to tell anyone the day they will die. The Gold children—four adolescents on the cusp of self-awareness—sneak out to hear their fortunes.

Their prophecies inform their next five decades. Golden-boy Simon escapes to the West Coast, searching for love in ’80s San Francisco; dreamy Klara becomes a Las Vegas magician, obsessed with blurring reality and fantasy; eldest son Daniel seeks security as an army doctor post-9/11, hoping to control fate; and bookish Varya throws herself into longevity research, where she tests the boundary between science and immortality.

A sweeping novel of remarkable ambition and depth, The Immortalists probes the line between destiny and choice, reality and illusion, this world and the next. It is a deeply moving testament to the power of story, the nature of belief, and the unrelenting pull of familial bonds.

I’ll Stay by Karen Day. This is also another January 2018 release by Kensington. This is her first adult novel.

In this compelling, emotionally complex novel, a college friendship sparks a life-changing sacrifice that connects two women forever–even as it shatters their closeness . . .

There are some decisions you can never unmake. You can only atone for them—or try to. During her senior year of college, Clare Michaels takes a spring break trip to Florida with three other girls, including her best friend, Lee. She’s hoping for adventure and a few stories to share back at school. Instead, a string of bad choices leads to a horrific encounter, and Lee offers herself up so that Clare can escape.

In the weeks and months that follow that fateful incident, Lee, once so dynamic and ambitious, flounders and withdraws. Clare was the only person to whom she’d ever confided about her troubled past. For Clare, that role felt like an honor—until it became a burden. Now she’s trying to make amends for her momentary selfishness by taking care of Lee—just as she’s been taking care of her high-strung mother, whose bestselling novel has been both windfall and curse. Years pass, circumstances change, and contact between Clare and Lee ebbs and flows, but the events of that night in Florida are impossible to escape. They keep dragging Clare back—forcing her to confront what really happened, and her part in it, in hopes of untangling guilt from loyalty and earning forgiveness at last . . .

The Child Finder by Rene Denfeld. Super excited that this will be releasing in September 2017 by Harper Collins.

“Where are you, Madison Culver? Flying with the angels, a silver speck on a wing? Are you dreaming, buried under snow? Or—is it possible—you are still alive?”

Three years ago, Madison Culver disappeared when her family was choosing a Christmas tree in Oregon’s Skookum National Forest. She would be eight-years-old now—if she has survived. Desperate to find their beloved daughter, certain someone took her, the Culvers turn to Naomi, a private investigator with an uncanny talent for locating the lost and missing. Known to the police and a select group of parents as “the Child Finder,” Naomi is their last hope.

Naomi’s methodical search takes her deep into the icy, mysterious forest in the Pacific Northwest, and into her own fragmented past. She understands children like Madison because once upon a time, she was a lost girl, too.

As Naomi relentlessly pursues and slowly uncovers the truth behind Madison’s disappearance, shards of a dark dream pierce the defenses that have protected her, reminding her of a terrible loss she feels but cannot remember. If she finds Madison, will Naomi ultimately unlock the secrets of her own life?

Told in the alternating voices of Naomi and a deeply imaginative child, The Child Finder is a breathtaking, exquisitely rendered literary page-turner about redemption, the line between reality and memories and dreams, and the human capacity to survive.

Lie To Me by J.T Ellison. This is another September 2017 release from MIRA.

They built a life on lies

Sutton and Ethan Montclair’s idyllic life is not as it appears. They seem made for each other, but the truth is ugly. Consumed by professional and personal betrayals and financial woes, the two both love and hate each other. As tensions mount, Sutton disappears, leaving behind a note saying not to look for her.

Ethan finds himself the target of vicious gossip as friends, family and the media speculate on what really happened to Sutton Montclair. As the police investigate, the lies the couple have been spinning for years quickly unravel. Is Ethan a killer? Is he being set up? Did Sutton hate him enough to kill the child she never wanted and then herself? The path to the answers is full of twists that will leave the reader breathless.

Caroline: Little House, Revisited by Sarah Miller. This is scheduled to be released Sept 2017) by William Morrow.

In this novel authorized by the Little House estate, Sarah Miller vividly recreates the beauty, hardship, and joys of the frontier in a dazzling work of historical fiction, a captivating story that illuminates one courageous, resilient, and loving pioneer woman as never before—Caroline Ingalls, “Ma” in Laura Ingalls Wilder’s beloved Little House books.

In the frigid days of February, 1870, Caroline Ingalls and her family leave the familiar comforts of the Big Woods of Wisconsin and the warm bosom of her family, for a new life in Kansas Indian Territory. Packing what they can carry in their wagon, Caroline, her husband Charles, and their little girls, Mary and Laura, head west to settle in a beautiful, unpredictable land full of promise and peril.

The pioneer life is a hard one, especially for a pregnant woman with no friends or kin to turn to for comfort or help. The burden of work must be shouldered alone, sickness tended without the aid of doctors, and babies birthed without the accustomed hands of mothers or sisters. But Caroline’s new world is also full of tender joys. In adapting to this strange new place and transforming a rough log house built by Charles’ hands into a home, Caroline must draw on untapped wells of strength she does not know she possesses.

For more than eighty years, generations of readers have been enchanted by the adventures of the American frontier’s most famous child, Laura Ingalls Wilder, in the Little House books. Now, that familiar story is retold in this captivating tale of family, fidelity, hardship, love, and survival that vividly reimagines our past.

(As a huge fan of Little House on the Prairie both books and tv show I really want to read this one.)

The Dark Lake by Sarah Bailey is scheduled to be released October 2017 from Grand Central Publishing.

Rose was lit by the sun, her beautiful face giving nothing away. Even back then, she was a mystery that I wanted to solve.

The lead homicide investigator in a rural town, Detective Sergeant Gemma Woodstock is deeply unnerved when a high school classmate is found strangled, her body floating in a lake. And not just any classmate, but Rosalind Ryan, whose beauty and inscrutability exerted a magnetic pull on Smithson High School, first during Rosalind’s student years and then again when she returned to teach drama.

As much as Rosalind’s life was a mystery to Gemma when they were students together, her death presents even more of a puzzle. What made Rosalind quit her teaching job in Sydney and return to her hometown? Why did she live in a small, run-down apartment when her father was one of the town’s richest men? And despite her many admirers, did anyone in the town truly know her?

Rosalind’s enigmas frustrate and obsess Gemma, who has her own dangerous secrets–an affair with her colleague and past tragedies that may not stay in the past. Brilliantly rendered, THE DARK LAKE has characters as compelling and mysteries as layered as the best thrillers from Gillian Flynn and Sophie Hannah.