I have been fortunate to be able to attend 4 Bea’s during my blogging career, which by the way Cindy’s Love of Books will be turning 9 years old this August. Its hard to believe. I am hoping to be able to go to BEA next year to mark my 10th year blogiversary.

One of the things I always loved about going to BEA was that its in NYC. NYC is one of my favorite cities in the world. When they say its a city that never sleeps they aren’t lying. Plus I can honestly say I always felt 150% safe walking around the city.

Another thing I absolutely love is meeting up with so many bloggers friends that I have made over the years. Even though we don’t  talk daily I think of you all all the time.

The third thing I love is the books! Who doesn’t love a good book? I admit I usually go armed to BEA with a wishlist of books that I would love to pick up and read. Sometimes it happens and other times not so much. I have been lucky in the past and picked up a majority of my wishlist. With that being said BEA is also the spot to discover hidden little gems that you might not know about and trust me I have found many books by accident and then kicked myself after wards for passing up the hidden gem because at the time I wasn’t sure I would like it.

So I thought today and tomorrow I would share with you another list of books that were at BEA that I didn’t know about but sound really good.

Thanks to Publishers Weekly for providing a online version of the Show Daily magazine. This is where I find out about all the books that will be at BEA. This is what I found in the Day 1 Show Daily. 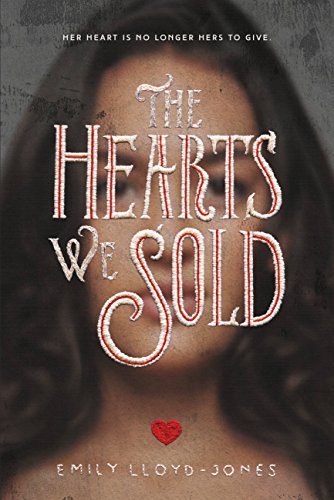 The Hearts We Sold by Emily Lloyd-Jones. This is scheduled to be released August 2017 by Little Brown.

When Dee Moreno makes a deal with a devil–her heart in exchange for an escape from a disastrous home life–she finds her trade may be more than she bargained for. And becoming “heartless” is only the beginning. What lies ahead is a nightmare far bigger, far more monstrous than anything she ever could have imagined.

With reality turned on its head, Dee has only a group of other deal-making teens to keep her grounded, including the charming but secretive James Lancer. And as something like love grows between them amidst an otherworldly ordeal, Dee begins to wonder: can she give James her heart when it’s no longer hers to give?

The Hearts We Sold is a Faustian tale for the modern age that will steal your heart and break it, and leave you begging for more.

The Wizards of Once by Cressida Cowell. This is a September 2017 release by Hachette.

This is the story of a young boy Wizard and a young girl Warrior who have been taught since birth to hate each other like poison; and the thrilling tale of what happens when their two worlds collide.

Perfect for boys and girls who love fantasy adventure…

Once there was Magic, and the Magic lived in the dark forests. Until the Warriors came…

In this whirlwind adventure, Xar and Wish must forget their differences if they’re going to make it to the dungeons at Warrior Fort.

Nevermoor: The Trials of Morrigan Crow by Jessica Townsend. This is a debut novel coming out October 2017 from Little Brown.

A breathtaking, enchanting new series by debut author Jessica Townsend, about a cursed girl who escapes death and finds herself in a magical world–but is then tested beyond her wildest imagination

Morrigan Crow is cursed. Having been born on Eventide, the unluckiest day for any child to be born, she’s blamed for all local misfortunes, from hailstorms to heart attacks–and, worst of all, the curse means that Morrigan is doomed to die at midnight on her eleventh birthday.

But as Morrigan awaits her fate, a strange and remarkable man named Jupiter North appears. Chased by black-smoke hounds and shadowy hunters on horseback, he whisks her away into the safety of a secret, magical city called Nevermoor.
It’s then that Morrigan discovers Jupiter has chosen her to contend for a place in the city’s most prestigious organization: the Wundrous Society. In order to join, she must compete in four difficult and dangerous trials against hundreds of other children, each boasting an extraordinary talent that sets them apart–an extraordinary talent that Morrigan insists she does not have. To stay in the safety of Nevermoor for good, Morrigan will need to find a way to pass the tests–or she’ll have to leave the city to confront her deadly fate.
Sleeping Beauties by Stephen & Owen King. This is scheduled to be released Sept 2017 from Scribner.

In this spectacular father/son collaboration, Stephen King and Owen King tell the highest of high-stakes stories: what might happen if women disappeared from the world of men?

In a future so real and near it might be now, something happens when women go to sleep; they become shrouded in a cocoon-like gauze. If they are awakened, if the gauze wrapping their bodies is disturbed or violated, the women become feral and spectacularly violent; and while they sleep they go to another place… The men of our world are abandoned, left to their increasingly primal devices. One woman, however, the mysterious Evie, is immune to the blessing or curse of the sleeping disease. Is Evie a medical anomaly to be studied? Or is she a demon who must be slain? Set in a small Appalachian town whose primary employer is a women’s prison, Sleeping Beauties is a wildly provocative, gloriously absorbing father/son collaboration between Stephen King and Owen King.

(If you know me in real life you know I haven’t read a Stephen King novel but I have to say after reading the desciptin I really want to read this one.)
Ringer by Lauren Oliver. This is the second and final book in the duology. The first one is Replica. This is scheduled to be released October 2017 from  Harper Collins.

In the world outside of the Haven Institute, Lyra and Caelum are finding it hard to be human—and Lyra, infected at Haven with a terrible disease, finds her symptoms are growing worse. When Caelum leaves without warning, Lyra follows him, seeking a pioneering organization in Philadelphia that might have a cure. But what they uncover there is a shocking connection to their past, even as their future seems in danger of collapsing.

Though Gemma just wants to go back to her normal life after Haven, she soon learns that her powerful father has other plans for the replicas—unless she and her boyfriend Pete can stop him. But they soon learn that they aren’t safe either. The Haven Institute wasn’t destroyed after all, and now Gemma is the one behind the walls.

Bestselling author Lauren Oliver brings the Replica duology to a shocking close in Ringer, but like both Gemma and Lyra, you won’t be able to leave the world of Haven behind after you’ve turned the last page.

The Break Down by B.A Paris. This is coming out in July 2017 from St Martins.

If you can’t trust yourself, who can you trust?

Cass is having a hard time since the night she saw the car in the woods. It was on the winding rural road, in the middle of a downpour, and a woman was sitting inside―the woman who was killed. She’s been trying to put the crime out of her mind; what could she have done, really? It’s a dangerous road to be on in the middle of a storm, and she probably would have been hurt herself if she’d stopped. Not only that, her husband would be furious if he knew she’d broken her promise not to take that shortcut home.

But since then, she’s been forgetting every little thing. Where she left the car; if she took her pills; even the alarm code.

The only thing she can’t forget is that woman, the woman she might have saved, and the terrible nagging guilt.

And the silent calls she’s receiving, or the feeling that someone’s watching her…

Going Into Town: A Love Letter to New York by Roz Chast. This is coming out in October 2017 from Bloomsbury.

For native Brooklynite Roz Chast, adjusting to life in the suburbs (where people own trees!?) was surreal. But she recognized that for her kids, the reverse was true. On trips into town, they would marvel at the strange world of Manhattan: its gum-wad-dotted sidewalks, honey-combed streets, and “those West Side Story-things” (fire escapes). Their wonder inspired Going into Town, part playful guide, part New York stories, and part love letter to the city, told through Chast’s laugh-out-loud, touching, and true cartoons.

(Anything to do with NYC has got me.) 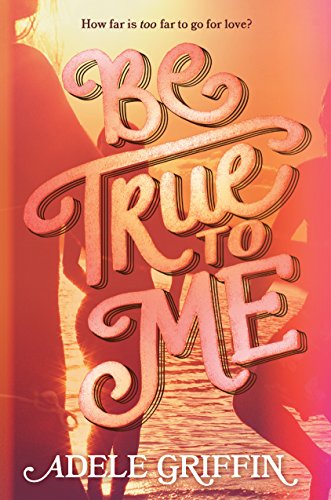 Be True to Me by Adele Griffin. This is scheduled to be released June 2017 from Algonquin Young Readers.

JEAN:
Could it be true? Instead of a summer playing handmaiden to Daphne, was I being delivered something entirely different–a summer in the spotlight? A summer starring Gil Burke and me?

Summer flings and sexy romances were Daphne’s territory. Not mine. I was the one you didn’t pick.

I swatted off my hope like a bumblebee, knowing it was already too late. I’d been deliriously stung.

FRITZ:
People always joked about summer romances because they didn’t last. Summer romances were made out of ice cream and cotton candy, intensely sweet before they melted into nothing. But I’d never thought of Gil as a summer thing.

Gil was my real love, my real first. We were outsiders together, we had each other, we didn’t care that we didn’t belong.

Wishtree by Katherine Applegate. The scheduled release date is Sept 2017 from Feiwel & Friends.

Trees can’t tell jokes, but they can certainly tell stories. . . .

Red is an oak tree who is many rings old. Red is the neighborhood “wishtree”―people write their wishes on pieces of cloth and tie them to Red’s branches. Along with her crow friend Bongo and other animals who seek refuge in Red’s hollows, this “wishtree” watches over the neighborhood.

You might say Red has seen it all. Until a new family moves in. Not everyone is welcoming, and Red’s experiences as a wishtree are more important than ever.

Funny, deep, warm, and nuanced, Wishtree is Newbery Medalist and New York Times–bestselling author Katherine Applegate at her very best―writing from the heart, and from a completely unexpected point of view. 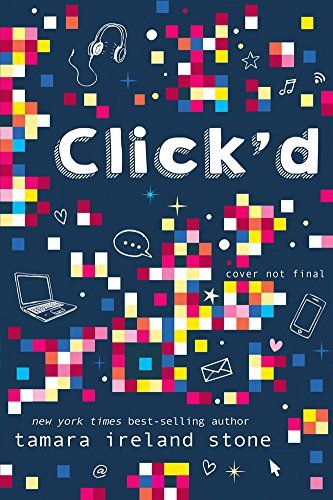 Click’d by Tamara Ireland Stone. This is scheduled to be released Sept 2017 from Disney Hyperion. This is a debut novel.

Allie Navarro can’t wait to show her best friends the app she built at CodeGirls summer camp. Click’d pairs users based on common interests and sends them on a fun (and occasionally rule-breaking) scavenger hunt to find each other. And it’s a hit. By the second day of school, everyone is talking about Click’d.
Watching her app go viral is amazing. Leaderboards are filling up! Everyone’s making new friends. And with all the data Allie is collecting, she has an even better shot at beating her archenemy, Nathan, at the upcoming youth coding competition. But when Allie discovers a glitch that threatens to expose everyone’s secrets, she has to figure out how to make things right, even if that means sharing the computer lab with Nathan. Can Allie fix her app, stop it from doing any more damage, and win back the friends it hurt-all before she steps on stage to present Click’d to the judges?
New York Times best-selling author Tamara Ireland Stone combines friendship, coding, and lots of popcorn in her fun and empowering middle-grade debut.
Do any of these books peek your interest?