Today Diane E. Samson and Rockstar Book Tours are revealing the cover for MOUNTAIN OF FLAME, the third book in her YA Fantasy series which releases August 4, 2021! Check out the awesome cover and enter the giveaway! 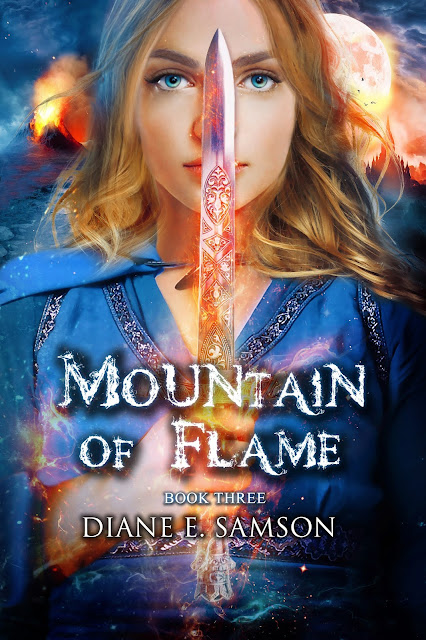 Kindle Unlimited members will be able
to read this for FREE!

Reeling from Jack becoming king of  Princess Anna returns home as Sunderland’s Defender. Earning her title was a hard-fought honor, but Anna can’t escape the guilt of leaving Jack alone in that cursed, starving place.

When Jack comes to Sunderland seeking aid from Anna’s father, she must decide whether to return with him and help defeat the curse plaguing the cold northern land. If she remains Sunderland’s Defender, she knows her heart would never forgive her for abandoning Jack to rebuild a crushed kingdom.

Can Anna leave what she loves to become queen of a people suspicious of her and the gems? Joining Jack would mean battling an evil greater than anything she’s ever faced, for the curse’s roots grow deep. But if she doesn’t, Oclen will likely fall and Anna will lose
Jack forever. 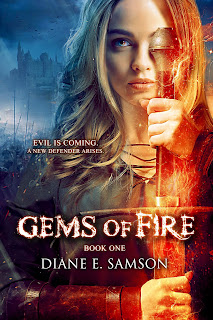 Haven’t started the series yet? Grab book 1, GEMS OF FIRE for 99 cents now or FREE with a KU subscription! Or get the audiobooks for FREE on Audible!

Mountain of Flame excerpt from Chapter Two
Anna glanced at one of the young ladies whose eyes followed Zac’s every move through the water. The girl caught Anna’s gaze and twitched her eyebrows up in challenge.

Game on, she seemed to say. Anna’s heart panged. There was no game. No court drama. She was here to experience new things, nothing more, and she’d loved every minute so far. Earlier that week, she’d skimmed across the swelling waves, leaning out over the rushing water, hanging onto Zac’s tiny sailboat tipped nearly on its side. Zac had whooped his approval with dolphins jumping and squeaking next to her. She’d savored the cool water and bright sun. Later the rhythmic surf had lulled her to sleep on the warm sand. Cool nights were filled with bonfires and sipping sweet drinks Zac mixed up with juice and some kind of bubbly wine he claimed was a Puledor specialty. He must think Sunderland was so boring.

Zac trotted up the slope behind her. She’d worn a shirt over her swimwear most of the time, but now her scars were in full view. When their eyes met, he flushed. “Has someone hurt you?” he whispered.

He didn’t know her story. Anna’s father wanted it kept quiet. If Zac’s father knew, he’d not be keen on a match with a former slave girl. One saved by a man she’d left to pick up the pieces of his kingdom, while she was here, without a care in the world, experiencing beauty and
adventure.

“I’m sorry.” Zac’s brow furrowed. He was trying his best to be the perfect host. She shouldn’t be rude.

“I don’t even think about it anymore.” Anna smiled, and he relaxed. My other scars aren’t so visible.

“Let’s go.” He took her hand and tugged her the rest of the way up the hill at a jog.

Anna peeked at Zac. She had to admit, he was exhilarating. It was easy to let him drive darker thoughts from her mind. His pace quickened as they raced to the cliff’s edge and plunged off together. She screamed all the way down. The rush of danger made her feel alive. Zac was right. It was just what she needed. 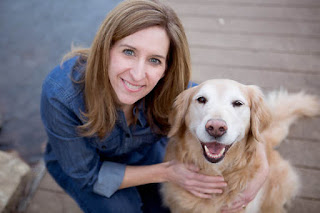 Diane E. Samson grew up on an acreage just north of Kansas City, Missouri, with horses and dogs in the backyard. She later pursued her love of words and earned a degree in magazine journalism from the University of Missouri-Columbia. After graduation she worked as a reporter, managing editor, freelance writer and in public relations. After moving around the country, she’s recently returned to the Kansas City area where she lives with her husband, children and golden retriever.

She’s written fiction off and on her whole life. Gems of Fire is her first series about a girl traveling a journey of self-discovery in a world of powerful gems, supernatural forces,
epic battles and of course, handsome heroes.

2 winners will receive finished copies of GEMS OF FIRE & VALLEY OF BONES and
bookmarks, US Only.

3 winners will receive an eARC of MOUNTAIN OF FLAME, International.