I am thrilled to be hosting a spot on the tour for TWO super fun books! THE TOOT FAIRY & CHEESEMAKER DURDSDEN by Mark Huffman, hosted by Rockstar Book Tours. Check out my post and make sure to enter the giveaway! 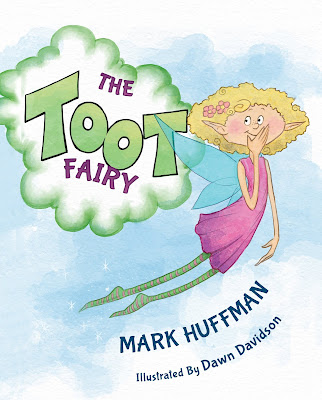 ‘A good giggle. In this day and age, it’s fun to read something so…’refreshing’!”

”Sorry, Walter the Farting Dog. I think it’s fair to say that this is probably the best picture book about toots I’ve ever read. Take my advice and put away your scruples. You shouldn’t turn up your nose at this.”
– Betsy Bird, A Fuse #8 Production, School Library Journal

”Wish I had thought of it first!”

– Adam Rex, Author/Illustrator of On Account of the Gum

When it’s time for Jessa the fairy to proclaim what kind of fairy she wants to be, she accidentally says ”toot” instead of ”tooth!” Now she’ll be in charge of finding all the toots from all the bottoms in the world. This is not exactly what she had in mind.. 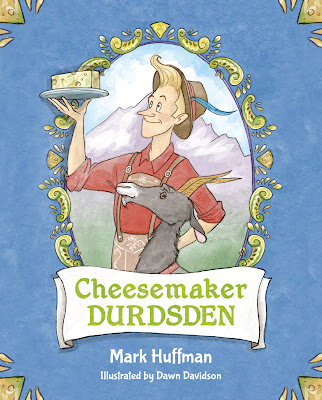 Cheesemaker Durdsden could hardly be called a cheesemaker, with how bland, rubbery, and
flavorless his cheese tasted. And so, in order to better his skills and silence
the critics, he went in search of any and every cheesemaking technique he could
learn. That way, he could make cheese to be envied by every cheesemaker, and
savored by every cheese enthusiast. Now he’s back with new skills, and some
suspiciously delicious–deliciously suspicious–cheese to prove it. How could a
man with such boring cheese before now make this tasty cheesy treat? You’ll
never guess what fabled creature holds the secret to Cheesemaker Durdsden’s
sudden success!

I first have to thank RockStar Book Tours for allowing me to be a part of this tour and for ebook copies of The Toot Fairy and the Cheesemaker Durdsden for my review.

The Toot Fairy is Mark’s debut children’s picture book. It’s the story of a fairy named Jessa and she is thrilled because she is now able to toss a coin in the fountain and proclaim what job she wants to do only things don’t go according to plan because Jessa is missing her front tooth and when she makes her declaration instead of TOOTH she says TOOT. Jessa is heartbroken but when Poobums the Pungent appears and talks about her task moving forward she realizes it’s not as bad as it sounds. Even though she isn’t taking any teeth away she is leaving a quarter behind for every toot.

The second book Cheesemaker Durdsden is the story of a cheesemaker who loves cheese but can’t make it right because no one likes his cheese. He sets out on a journey to gain as much knowledge and technique on how to make the perfect cheese that will rival his competitors. When he returns back with the perfect cheese the village is amazed and whats to know his secret because they are curious. When he shows them how he did it I admit I might have gagged a little. Let’s just say that I sadly would be passing on his cheese. 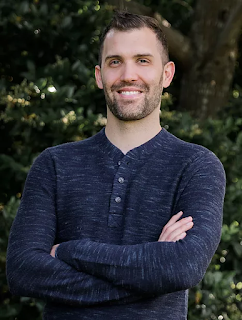 Mark Huffman writes about our shared human
experiences, which is a pretentious way to say that he writes about toots and
bottoms and food. He prepared for writing children’s books by spending much of
his early life as an actual child. Unlike other children’s authors he might
name who have spuriously claimed the title, he is a real doctor. He lives with
his family in Texas.

2
winners will receive a finished copy of THE TOOT FAIRY & CHEESEMAKER
DURDSDEN, US Only.