I am so excited that TWO THOUSAND YEARS by M. Dalto is available now and that I get to
share the news!
If you haven’t yet heard about this wonderful book by Author M. Dalto, be sure to check out all the details below.
This blitz also includes a giveaway for a $15 Amazon Gift Card, International, courtesy of M., The Parliament House Press, and Rockstar Book Tours. So if you’d like a chance to win, enter in the Rafflecopter at the bottom of this post.
About the Book: 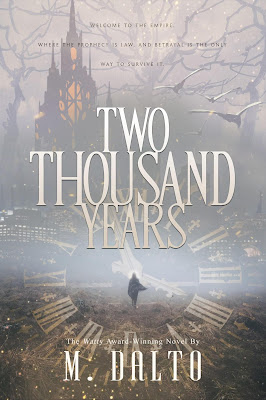 Two thousand years ago, the Prophecy of
Fire and Light foretold the coming of the Queen Empress who would lead the
Empire into a time of peace and tranquility. But instead of the coming of a
prosperous world, a forbidden love for the Empress waged a war that ravaged the
land, creating a chasm between the factions, raising the death toll of innocent
lives until the final, bloody battle.

Centuries later, Alexandra, a twenty-two-year-old barista living in Boston, is
taken to an unfamiliar realm of mystery and magic where her life is threatened
by Reylor, its banished Lord Steward. She crosses paths with Treyan, the
arrogant and seductive Crown Prince of the Empire, and together they discover
how their lives, and their love, are so intricately intertwined by a Prophecy
set in motion so many years ago.

Alex, now the predestined Queen Empress Alexstrayna, whose arrival was foretold
by the Annals of the Empire, controls the fate of her new home as war rages
between the Crown Prince and Lord Steward. Either choice could tear her world
apart as she attempts to keep the Empire’s torrid history from repeating
itself. In a realm where betrayal and revenge will be as crucial to her
survival as love and honor, Alex must discover whether it is her choice – or
her fate – that determines how she survives the Empire’s rising conflicts. 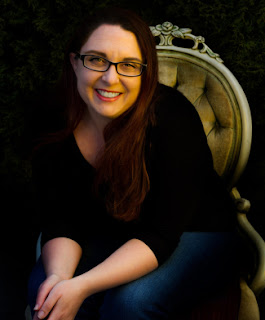 M.
Dalto is a Young Adult / New Adult fiction writer of adventurous romantic
fantasy stories, and her debut, TWO THOUSAND YEARS, won one of Wattpad.com’s
coveted Watty Awards in 2016. She continues to volunteer her time as a Wattpad
Ambassador, where she engages and hopes to inspire new writers, and also
mentors authors through the #WriteMentor program.
As a mentor, MB is on the lookout for YA and NA novels heavy in plot with
the ability to make her fall in love with its characters. Her favorite tropes include
love triangles of all kinds, enemies to lovers, dream sequences, and
prophecies. She always wants villains you can’t help but be attracted to,
redemption arcs or otherwise. She loves novels with deep character development,
a setting where she can get lost, and plot twists that make her want to throw
the book across the room. Give her main characters you love to hate, but can’t
help but hate to love.
She spends her days as a full-time residential real estate paralegal,
using her evenings to hone her craft. When she’s not writing, she enjoys
reading fantasy novels, playing video games, and drinking coffee. She currently
lives in Massachusetts with her husband, their daughter, and their corgi named
Loki.
Website | Twitter | Facebook | Facebook Group | Goodreads | Wattpad | Instagram
Giveaway
Details:
1
winner will win a $15 Amazon Gift Card, INTERNATIONAL.
a Rafflecopter giveaway