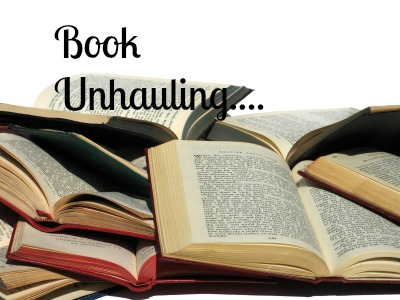 Its hard to believe but its the end of 2018. Where did the year go? It honestly felt like the first few months dragged by but then spring came and the months flew by.

What a year its been in books. I read so many fantastic books this past year. What about you?

Anyways the purpose of this post, when 2018 started I told myself before the end of 2018 I need to do a massive book purge because what you don’t see in my real life ie house is a massive collection of books that have basically been sitting in boxes (roughly 25 or so boxes) for roughly 10-11 years. Well actually since I started book blogging. The books I would get and read  would basically end up in boxes and if you have been blogging for 10 years you know the amount of books that will be.

Realistically I don’t tend to reread books once I read them even if I truly enjoy them so why hold on to them right? So this was the year to purge and boys did I purge. As I am sitting here currently writing this post I can officially say that I don’t have as many boxes of books except for a few and that is because they are books I absolutely love and I want to hold on to them and the ones I couldn’t fit onto my shelves that I do want to read in the upcoming year. If by the end of 2019 those unread boxes are touched I will be donating those.

Going into 2019 I am making it my mission to read more of my own books because I still have bookcases filled with books and I spent a lot of time organizing them into stand alones, first books in series and series I need to read. Of course I will still buy books but hopefully not as much as this year.

I should just take one moment to say that the total of books released in 2018 is incorrect since earlier in the year I had given books to friends/family without documenting them in my monthly unhauling post and boxes of books were given away by accident and they weren’t documenting. So this is the number that I know for sure because they were physically counted as they were boxed to donate.

So ending the year I thought I would share photos from what  I have purged in 2018.

When I break this down I had 24 (home depot small moving) boxes, 11 tote bags, 1 bin, one cedar chest, 2 full size (5 shelf) bookcases, 1 small (4 shelf) book case and 1 small (3 shelf) bookcase full of books and this equals a whole lotta books.