I am so excited that BOUND BY SECRET by Elena Lawson is available now and that I get to share the news!
If you haven’t yet heard about this wonderful book by Author Elena Lawson, be sure to check out all the details below.
This blitz also includes a giveaway for a finished copy of book 1 in the series and $10 GC courtesy of Elena and Rockstar Book Tours. So if you’d like a chance to win, enter in the Rafflecopter at the bottom of this post.
About The Book: 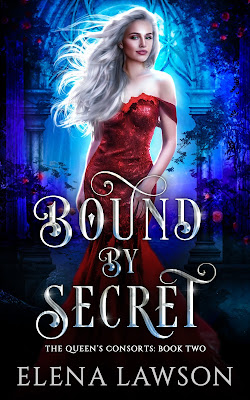 Title: BOUND BY SECRET (The Queen’s Consorts #2)
Author: Elena Lawson
Pub. Date: November 16, 2018
Publisher: Elena Lawson
Formats: Paperback, eBook
Pages: 221
Find it: Goodreads, Amazon
I’ll be the first to admit it…my rise to power hasn’t gone entirely as planned.
I’m still getting over Thana’s betrayal and the news of the
Mad King when a long-lost war hero reappears at court. He’s beguiled the nobles, but I’m not so easily swayed or quick to trust.
At least amidst all the chaos has been one constant; my
males. They’ve been there at every turn, and I’m falling deeper in love with them every day.
But the secrets are starting to pile up and weigh on all of
us. Our forbidden romance and the matter of my multiple graces being the least of them…so why do I feel like the secrets others are hiding could be even more destructive than my own?
My males would give their lives to protect me, but I don’t think they realize how much I’d sacrifice to ensure that never happens.
BOUND BY SECRET is the second installment in The Queen’s Consorts series, a medium-burn reverse harem fantasy romance!
#WhyChoose
About Book 1: 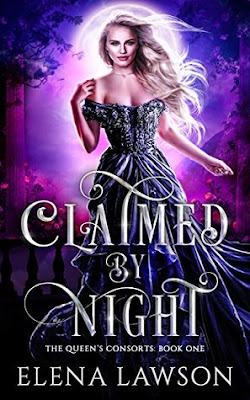 Title: CLAIMED BY NIGHT (The Queen’s Consorts #1)
Author: Elena Lawson
Pub. Date: July 26, 2018
Publisher: Elena Lawson
Formats: Paperback, eBook
Pages: 714
Find it: Goodreads, Amazon
Trapped on an island, Liana’s life
has been a boring montage of skipping stones and listening to lectures, waiting for her mother to die.Now the wait is over. The Queen of the Night Court has been assassinated, and the ship has arrived to ferry Liana back to her birthplace and claim her throne.But not everyone at Court wants Liana to rule.

To make matters worse, she worries her ancestors haven’t graced her with magic,
and an ungraced Queen could never keep her crown. Overwhelmed and filled with
self-doubt, Liana finds solace and protection in the arms of four Fae
warriors.

Charming, devoted, and maddeningly eager to please—it’s clear the males crave
more than just royal favor. They want her… and they’ll do whatever it takes to keep her safe.

Can Liana’s warriors help her claim her rightful place as Queen, or will she fall to the denizens of Night?

*CLAIMED BY NIGHT is the first book in a new reverse harem fantasy series featuring four irresistible Fae warriors and a Queen on the verge of becoming legend. Intended for Mature YA and up.

Excerpt:
If only he’d take off that ridiculous armored vest, I’d have a full view of his perfectly sculpted chest. But then, I don’t think we’d be playing chess anymore—at least, not the kind you played on a checkered board.
I swallowed back the hint of warmth spreading through me at the thought of Kade bared before me, swallowing air in a way I hoped he wouldn’t notice. I watched him consider the chess pieces before him, and I knew from where he looked what he would do, but it would be his end, he just didn’t know it yet.
Kade clenched his jaw, reaching out to move his bishop into the perfect place for me to check his king.
“I wouldn’t,” I warned, and he groaned in frustration, placing the bishop back to where it had been.
His shoulders relaxed as he realized once again that no matter where he moved, I would end the game within two turns. “You are maddening, you know that?”
I barked a laugh, “And you’re just mad you got beat by a female—sorry, that you keep getting beat by a female.”
Kade’s lips shifted into a coy smile. “One of these days, I will win. You’ll see.”
I put the pieces back into formation, “I doubt it.”
He chuckled low, standing from the armchair to stretch out his stiff muscles, “Oh, do you?”
“I do.”
“How about a deal then, since you’re so cocky?”
I considered what he could be after but could only think of one thing. Heat pooled between my thighs.
“If I win,” he said, his voice taking on a husky tone that vibrated through the air, settling over my skin like a warm blanket after coming in from the cold, “If I win, I get you.”
My lips were suddenly dry. I licked them. Kade growled in response to the gesture. When I didn’t answer right away, he added, “You don’t have to agree, if you don’t want to. I enjoy playing with you whether or not there’s a reward.” He winked.
He really had no idea, did he? How badly I wanted him. If I was being honest, how badly I wanted all my men. Alaric, the contemplative. Tiernan, the lionheart. Finn, the scholar. And Kade, the flame. They were all pieces to my broken puzzle of a self. Bits of my soul I lost along the road to finding my crown and accepting my duty.
I needed them to feel whole.
“I accept the challenge,” I said to Kade, rising to meet his wide-eyed gleaming stare, “But you have your work cut out for you, Kade.”
A delicious, slow smirk spread over his lips, crinkling the tan skin around his
honey-amber eyes. His gaze roved along my frame, taking in my neck, my breasts,
the curves of my waist and hips, setting on a spot somewhere just below my navel.
Swallowing, I offered him my hand, but not as his queen, as his equal. As a man does
another man when a bargain has been struck. His smile faltered, replaced with an earnest respect. He put his hand in mine and shook it, once, hard, before he pulled me against his warm, solid chest.
About Elena: 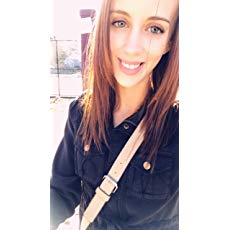 Elena lives in a small town in Canada with her family. She writes reverse harem fantasy romance stories full of feisty heroines, unforgettable heroes and spellbinding romance. When she comes out of her writing cave, she can be found obsessively rearranging her bookshelves, drinking wine somewhere sunny, or cooking overly
fancy meals for her family and friends.#WhyChooseFor news about upcoming releases, exclusive bonus content and freebies, sign up for author Elena Lawson’s newsletter!
Facebook | Twitter  | Goodreads
Giveaway Details: All International
1 Winner will receive a signed paperback of book 1 CLAIMED BY NIGHT, and a $10 gift card,
International.
Ends on November 30th at Midnight EST!
a Rafflecopter giveaway