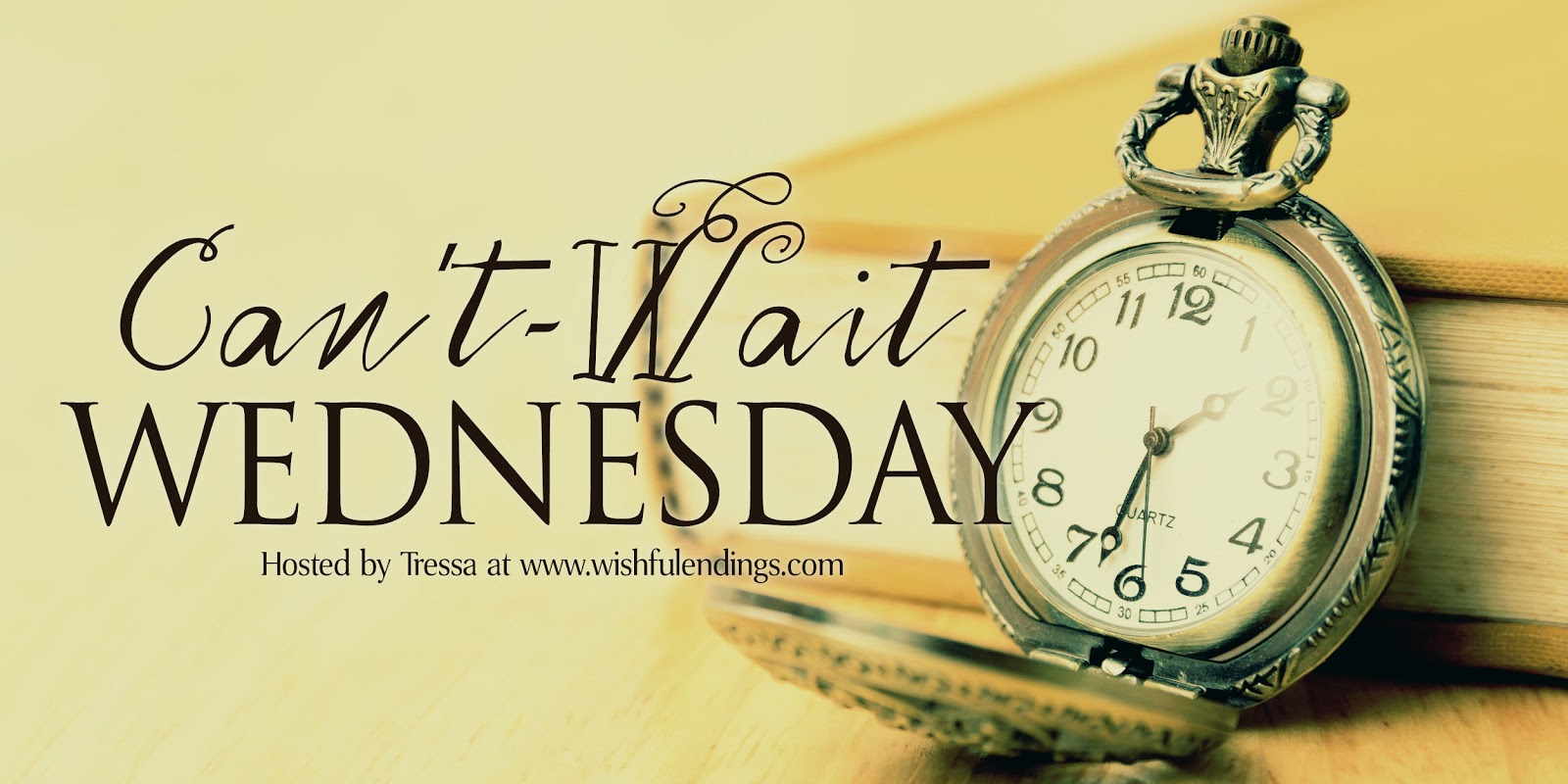 Can’t-Wait Wednesday is a weekly meme hosted here, at Wishful Endings, to spotlight and discuss the books we’re excited about that we have yet to read. Generally they’re books that have yet to be released. It’s based on Waiting on Wednesday, hosted by the fabulous Jill at Breaking the Spine.
If you’d like to join in, you can use the image above, the one below, or make your own. Please link back to Wishful Endings in your post and also add it to the linky widget posted each week so we all can come see what you’re excited about. If you’re continuing with the Waiting on Wednesday feature, feel free to link those up as well!
This week I actually have three books on my Can’t Wait Wednesday post because I literally just heard about this series. 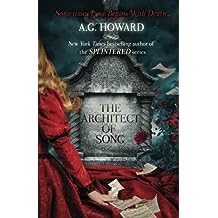 Book 1. A lady imprisoned by deafness, an architect imprisoned by his past, and a ghost imprisoned within the petals of a flower – intertwine in this love story that transcends life and death.

For most of her life, Juliet Emerline has subsisted – isolated by deafness – making hats in the solitude of her home. Now, she’s at risk to lose her sanctuary to Lord Nicolas Thornton, a mysterious and eccentric architect with designs on her humble estate. When she secretly witnesses him raging beside a grave, Juliet investigates, finding the name “Hawk” on the headstone and an unusual flower at the base. The moment Juliet touches the petals, a young English nobleman appears in ghostly form, singing a song only her deaf ears can hear. The ghost remembers nothing of his identity or death, other than the one name that haunts his afterlife: Thornton.

To avenge her ghostly companion and save her estate, Juliet pushes aside her fear of society and travels to Lord Thornton’s secluded holiday resort, posing as a hat maker in one of his boutiques. There, she finds herself questioning who to trust: the architect of flesh and bones who can relate to her through romantic gestures, heartfelt notes, and sensual touches … or the specter who serenades her with beautiful songs and ardent words, touching her mind and soul like no other man ever can. As sinister truths behind Lord Thornton’s interest in her estate and his tie to Hawk come to light, Juliet is lured into a web of secrets. But it’s too late for escape, and the tragic love taking seed in her heart will alter her silent world forever.

International and NYT bestselling author, A.G. Howard, brings her darkly magical and visual/visceral storytelling to Victorian England. The Architect of Song is the first installment in her lush and romantic Haunted Hearts Legacy series, a four book New Adult gothic saga following the generations of one family as – haunted by both literal and figurative ghosts – they search for self-acceptance, love, and happiness.

Book 2. Shortly after escaping a circus tragedy, young Italian orphan, Willow Antoniette, seeks refuge at The Manor of Diversions–a holiday resort in England born of a ghost story. For eleven years, she’s raised alongside the children of the resort’s owners: Julian, his twin brother, Nick, and their younger sister Emilia. Now that Willow is of marriable age, she’s determined to escape finishing school along with everyone’s efforts to make her a proper lady. The only man she wants to spend her life with is Julian, after all. Yet how can she tell him, when he thinks of her as nothing but a friend?

As a machinist and engineer, Julian Thornton prefers a governable life. He can’t allow his ever-deepening attraction for Willow to distract from his amusement park plans to lure a younger, wealthier clientele to their family’s resort. In hopes to escape Willow and find investors, Julian sets off on a transatlantic ocean liner headed for the St. Louis World’s Fair, unaware Willow has secretly stowed away on the same ship.

A tiny, mute orphan named Newton and a pair of haunted Italian shoes bring Willow and Julian face to face on deck. Forced to work together to solve the mystery of Newton and his vindictive, ghostly companion, Julian and Willow can no longer fight their untapped passions. However, time to admit their true feelings is running out, for the ghost and her murderer have enlisted them as unsuspecting pawns in a karmic game of cat-and-mouse that could cost all of them their lives. 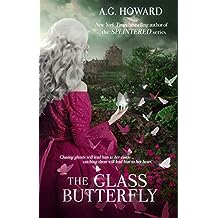 Book 3. For close to a decade, twenty-five-year-old Felicity Lonsdale has masqueraded as a dowager almost twice her age—selling caterpillars to butterfly consortiums—enabling her to hide an ill-fated past while raising her late brother’s daughters. Together, the three live on an isolated Irish estate bequeathed by a dying earl. When the earl’s estranged son arrives to claim his inheritance by threatening to expose Felicity’s true identity, she longs to pack up her nieces and run. But a ghostly secret within the castle’s turret holds her captive.

Nick Thornton—a Roma viscount’s heir—is also captive. After a tryst with an investor’s wife nearly destroyed his family’s holiday resort, Nick forsook everything to elope with her. However, a tragic mistake at his hand led to her and his baby’s deaths. Refusing to turn to the family he shamed, Nick travels to seek the countess who once co-wrote a romance with his sister. There’s rumor of a special butterfly in her keep—a transparent-winged species with ties to the afterlife. Nick hopes to contact his dead wife and child, convinced only their forgiveness can free him.

Upon his arrival to Felicity’s estate, Nick offers to help her defeat the earl’s son, on the condition she allow Nick to investigate her glass butterflies. Felicity agrees, though fears the closer he gets to the ghosts of his past, the closer he’ll come to uncovering her own. As Nick spends time with Felicity and her nieces, he realizes the mystery enshrouding this fragile countess and her castle is more intriguing than the ghosts he originally came to find. And perhaps putting his dead to rest and helping her do the same will be his true path to redemption. 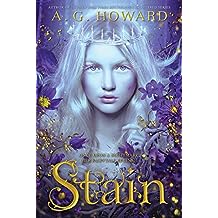 Stain is coming out January 2019. This is not a part of the above series but I just had to include it here. How gorgeous is this cover?
After Lyra—a princess incapable of speech or sound—is cast out of her kingdom of daylight by her wicked aunt, a witch saves her life, steals her memories, and raises her in an enchanted forest . . . disguised as a boy known only as Stain. Meanwhile, in Lyra’s rival kingdom, the prince of thorns and night is dying, and the only way for him to break his curse is to wed the princess of daylight—for she is his true equal. As Lyra finds her way back to her identity, an imposter princess prepares to steal her betrothed prince and her crown. To win back her kingdom, save the prince, and make peace with the land of the night, Lyra must be loud enough to be heard without a voice, and strong enough to pass a series of tests—ultimately proving she’s everything a traditional princess is not.

A high-fantasy gothic fairytale inspired by Hans Christian Andersen’s The Princess and the Pea and set in an alternative medieval world split apart by magic. To win back her kingdom of perpetual day, save her night prince, and reunite the sun with the moon, a princess incapable of speech or sound must prove herself everything a traditional princess is not: tough enough to sleep on a bed of nails, and loud enough to be heard without a voice. From A.G. Howard’s official site