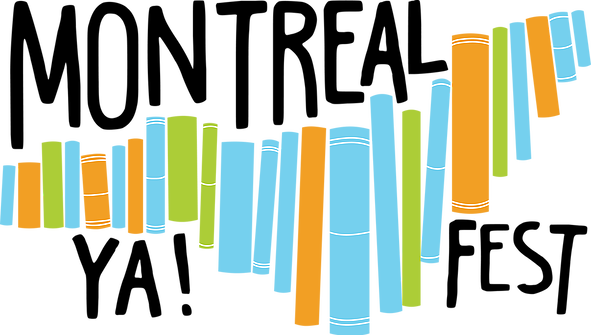 Being a book blogger for almost 10 years, I am always excited about books, book signings, and book events and I love to share them with you as you can see from various past posts I have made about it.

If you now me in real life or even online you will know that I live in Canada, specifically Montreal. Even though we are a hustling bustling city like Toronto we don’t have anything really book related happening here and getting young adult authors into Montreal never happens so I am always jealous when I hear all these fantastic authors going into Toronto for book signings.

But now I can actually say that I am happy to be living here in Montreal because due to the hard work of the Jewish Public Library and with help from Sarah Mlynowski Montreal now has the beginning of a fantastic young adult book festival.

Yesterday, May 27th, I attended the MTL YA FEST! at the Jewish Public Library. Not sure what to expect I went in with the expectation of hearing some fantastic authors speak on various panels. The crowd was small and was diverse and was filled with book lovers of all ages, plus they were from all over the city.

Upon entering everyone was presented with the totebag at the door. Inside the bag there was a pin, a program guide, a comic brochure, spring/summer activity booklet with events happening at the library and a  book mark from one of the sponsors, Babar Books. Sadly my bag didn’t consist of a sampler of a first few chapters of four books. (I think the comic brochure was instead of the other sampler)

This Owl Strand tote bag always comes with me to author events  ever since I picked this up on my first BEA trip way back in 2010 and its makes for a great conversation piece with authors. So this is literally filled with books I had already owned.

These are the books that I bought at the event: The Gospel of Winter & All American Boys by Brendan Kiely (just before MTL YA Fest I started reading The Last True Love Story and fell in love with the book and knew I wanted to pick up his two previous books and honestly after speaking with Brendan I am so happy I did. He was a fantastic and humble author. It was awesome to speak with him. I will be picking up his newest book Traditions this week.) Also before the event I read The Rule of Thirds by Chantel Guertin and was hooked so I had to pick up the rest of the series Depth Field, Leading Lines and Golden Hour.

On hand some authors had some goodies that I happened to pick up as well.

One of the things that I loved about this low key, laid back event was the author signing at the end. I always love to meet authors and talk with them but sometimes you just don’t get the chance to interact one on one with them especially at Book Expo when you don’t want to hold up the line and be respectful of the authors behind you waiting to get their book signed. I know to some people they don’t care and will dominate but I have always felt the opposite.

Each table held two authors who would sign the program or your book(s) and talk with you and you could take photos and talk with them. It was nice being able to talk with authors. I loved my conversation with Aimee Friedman (we spoke about NYC and the Strand), Adi Alsaid about the previous book expo were I had originally met him, Nic Stone who I loved she is a kick ass inspiring author, Danielle Paige who was also amazing and inspiring, and so much more.

Throughout the day there was panels you can listen to and I took part in three.

This panel consisted of editors, professors, publicists and booksellers.

The Authors speaking on the panel was:

I really enjoyed this panel because there is so much more to being an author and having authors tell you its not easy to write a book and expect it to be published a lot goes into it. It was interesting to hear also that a few actually work in publishing houses.

The next panel I took part in was “Young Love” and the authors on this panel was:

This was such a fun panel to be a part of. I love hearing who or what inspires authors and this was brought up along with a few things that I don’t think a author wanted brought up but it quickly became the topic of conversation during the panel and during the signing.

Finally the last panel was An Illustration is Worth 1000 words and the authors on this panel were:

This was another fun panel to listen to, I am knew to graphic novels/mangas/comics so it was interesting to hear how much more goes into it and about the graphics, fonts etc in books. Up until the time of writing this I knew what each was called but sitting here to write its slipped my mind which is not good.

Finally the closing keynote speaker was Nic Stone and all I have to say about her is WOW she is so inspiring and funny. Did you know that rhinos are just a fatter version of a unicorn? After sitting back and thinking about it she is right lol

Nic talked about all kinds of things in her speech that were funny, thoughtful and inspiring. When you looked around the room people were either smiling or laughing. She definitely has a beautiful way of speaking that makes you want to sit back and listen to her.

After it was wrapped up, then the signing began. I have to admit I wasn’t sure if I would be able to get my books signed but happy to say I was lucky enough. The room was not packed at all. Sadly I didn’t think to do author pictures. I think I just wanted to be there in the moment and talking with the authors instead of having a camera in their face.

I am hoping Jennifer will put together a quick post about her experience of the day very soon.

I quickly want to thank the director of the children’s department at the Jewish Public library and the founder of MTL YA FEST! Talya Pardo who I got to speak briefly with after the event and I look forward to next year. Its nice to finally see something like this here in Montreal for everyone to take part in.