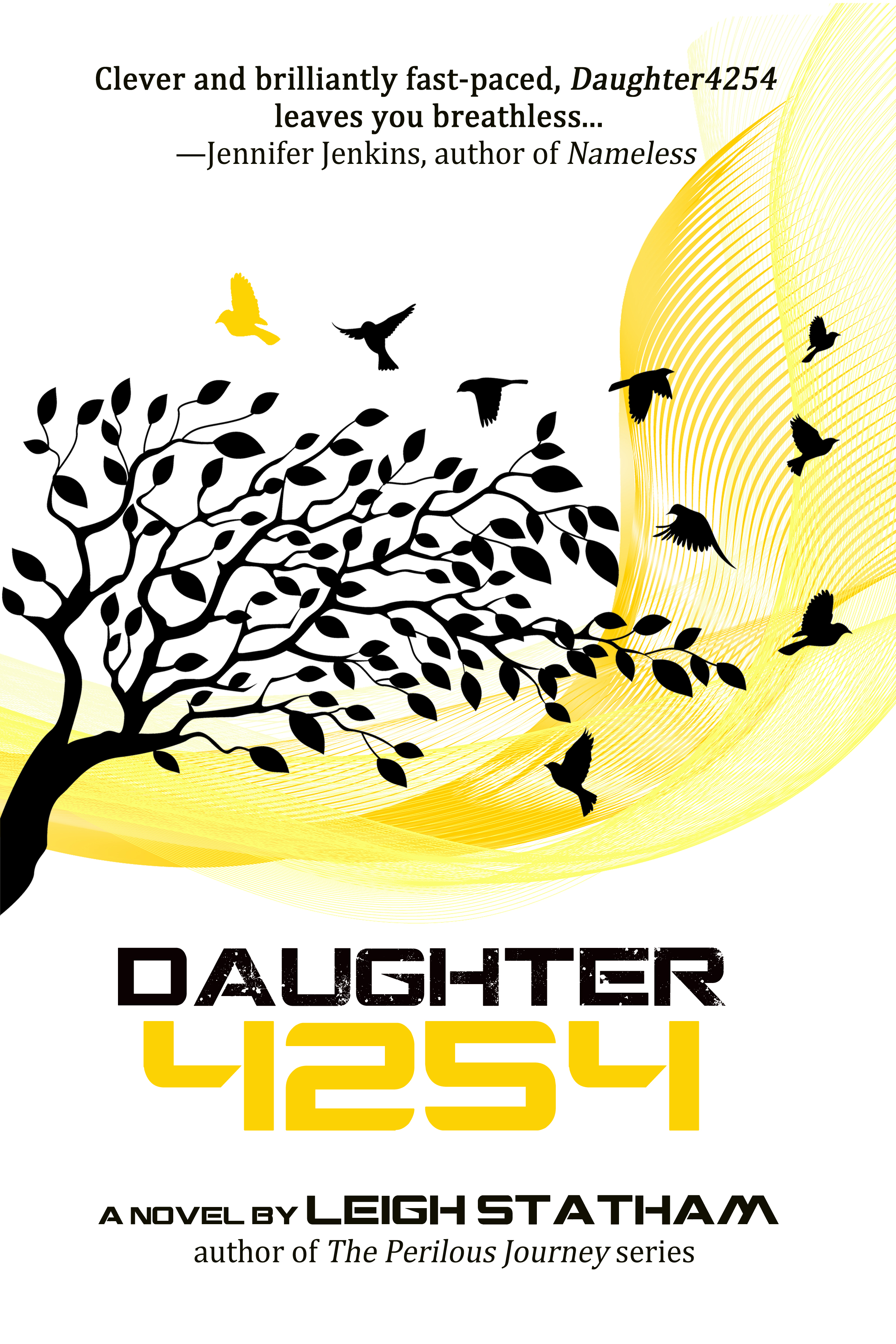 Daughter4254 used to think life in a community where art, music and names are outlawed would suffocate her creative spirit. Now that she’s rotting in a prison cell, she’s not sure her dying mother made the right choice when she entrusted her with the secrets of rebellion. Prison has given her plenty of time to relive every mistake and lose all hope.

Then she meets Thomas, a fellow inmate, who tells her stories of the mythical mountain colonies where people have names and the arts thrive. Together they plot an escape, knowing if they fail, they will die. Or worse, their consciousness will be taken by the MindWipe, leaving their bodies free for the government to use. When nothing goes as planned, Daughter4254 must choose between using her mother’s secret to better the world she hates, or following Thomas to the quiet life of freedom she has always craved.

Before beginning my review I just quickly want to thank Rockstar Book tours for allowing me to be on this tour and for sending me the book to read and review for my post.

I am a little late in getting this posted because as some of you may know I fell and sprained my ankle well I had to go to the clinic because it was still sore and tender. I admit I was a little worried that it could have been something else. So I spent the entire day at the clinic and I had x-rays done. It is indeed badly sprained and will take time to heal so for the next few weeks I am in a boot. Thanks Jaime for being so understanding and now onto my review.

It seems like its been forever since I have read a really good young adult dystopian novel. I have to admit I was intrigued by the synopsis of the book so much so that I wanted to read it and I am happy that I did because I really enjoyed this. It was a fairly quick read and I managed to read it almost in a day. The advantage of having to rest a sprained ankle right?

The book is told in a before and after sequence which I have to say isn’t usually my cup of two but I really enjoyed it this time around because you get to know more about our main character Daughter 4254 of her life before she was sent to prison and while she is in prison. At first you don’t know why she is in prison but as the book progress you get little clues as to why. My heart literally was breaking for her as you read her story.

The government runs this century and they seem to do it with an iron fist and the control everyone and everything. In this new world no one has names and they all go by numbers and this is because names are useless in this world. Here you get the basics in life nothing more nothing less and basically you are kept around just as long as you can be used. Then when you reach a certain age you are cut off from the basics of life and you are left to suffer and no one cares and thats due to all forms of emotions being banned. You can even be punished for showing emotion.

After her mother dies she receives a letter that is contraband from her uncle that her mother wrote telling her to enroll in this secondary school  and to find a certain professor who will help her. She figures she has nothing to loss so she applies and passes the test with flying colors. When she arrives she is given new clothes and clean ups to look like the other kids. She is happy and makes friends. For once she feels like she can her who she is. She finally meets the professor and he is not what she thought he would be.

It was basically from this point of the book that I sat and literally could not put the book down because I had to know what was happening.

One thing I have to say is I wish there could have been more to the book to explain why everyone had numbers for names except a boy Daughter 4254 met in prison, why did Daughter 4254 brother hate her so much, and so much more. These were all things that I was hoping would have been uncovered.

This is a fantastic debut novel and I really hope that there is a book two because I would love to see where this could go.