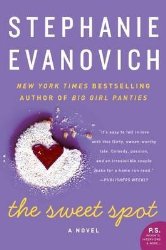 When pro baseball player Chase Walker first meets Amanda at her restaurant, it’s love at first sight. While Amanda can’t help noticing the superstar with the Greek-god-build, he doesn’t have a chance of getting to first—or any other—base with her. A successful entrepreneur who’s built her business from scratch, Amanda doesn’t need a Prince Charming to sweep her off her feet. And a curvy girl who likes to cook and eat isn’t interested in being around the catty, stick-thin herd of females chasing Chase and his teammates.

But Chase isn’t about to strike out. A man who isn’t interested in playing the field, he’s a monogamist who wants an independent woman like Amanda. His hopes rally when she discovers that squeaky-clean Chase has a few sexy and very secret pre-game rituals that turn the smart, headstrong businesswoman on—and into his number one fan.Then a tabloid discovers the truth and turns their spanking good fun into a late- night punchline. Is Amanda ready to let loose and swing for the fences? Or will the pressure of Chase’s stardom force them to call it quits?

Back in May of 2013,  I got to meet Stephanie Evanovich at a BEA event I went to and she was one of the sweetest funniest authors. She was promoting her debut novel Big Girl Panties and I read it and loved it so I was excited when she released her second book The Sweet Spot.

I should mention quickly that you don’t have to read the books in order. Chase & Amanda were briefly mentioned in the previous book. So it was nice to see her bring Chase & Amanda’s story out because I really liked them and they seemed like the it couple. We get to know more about how Chase & Amanda came to be and everything they have struggled with. Lets just say its a roller coaster ride.

The Sweet Spot is Chase & Amanda’s story before they were married. So this is the prequel to Big Girl Panties.

Amanda is a successful restaurant owner who has built her business from the bottom up on her own. She has no interest in finding someone to be with and life is just the way she wants it. Enter Chase a famous, handsome baseball player who has become smitten with Amanda. There is something special and intriguing about her that has captivated his attention.

From their first meeting you can see the sparks flying between the, but Amanda has no interest in Chase and she knows all about him and what he wants and she wants no part of that. Amanda is a private person and she wants nothing to do with the spotlight and being with Chase will thrust her there.

Amanda is the kind of girl that Chase wants and needs in his life. He stops at nothing to get her attention and informs her that he will continue to do so even if that means daily visits to her restaurant. Finally Amanda gives in and goes out with him.

For Amanda she keeps waiting for the other shoe to fall. This is too good to be true and she knows something is bound to happen. Can Chase be honest and true or is he hiding something?

At first I thought okay he is a baseball player and Amanda turning him down all the time fueled him to pursue her even more. She was the one thing he wanted that he couldn’t  get. I thought he was too good to be true as well.

Then Amanda discovers that Mr all American clean cut baseball player has kinky side to him. If you read Big Girl Panties you will recall this little tim bit of information about him. Chase has managed to keep this secret from everyone until an over zealous security guard has other plans.

When their realationship is thrust into the spotlight will Amanda be able to handle it or will it be too much for her to handle?

I really enjoy reading Stephanie’s book because they grab you in right from the get go. Her next book The Total Package is coming out in March and I am super excited and I can’t wait to read it. Its not part of a series, its a stand alone.

4 thoughts on “Review/ The Sweet Spot”