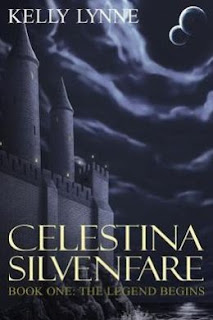 ​Celestna Silvenfare is an elemental sorceress and the prophesied savior of her world, but not until her14th birthday does she truly understand the danger she must face in order to fulfill her destiny and save the lives of those she loves. Join her as she embarks on a journey to discover what it takes for one young girl to rise above her own dreams, desires, flaws, and personal tragedies, to restore balance to the land and save all the races of Merellier. 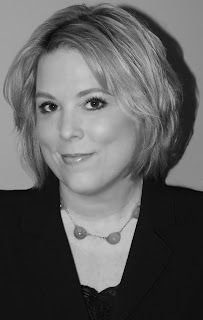 Kelly Lynne lives with her husband and three rescue dogs-two of them Great Danes-in Franklin, TN, just 15 minutes south of Nashville. In addition to writing, Lynne works as a marketing coordinator and a technical writer. She graduated with honors from the University of Georgia where she earned a Bachelors degree in Marketing Education. Lynne is also currently working on an online degree in Metaphysical Science from The University of Metaphysical Sciences in Arcata, California.

“Now then, Celestina Silvenfare, how would you like to meet a Goddess?” Before Cele could reply, the air around them began to vibrate, rocking the table and rattling the dishes. When it was over, a stunning woman appeared before Cele and the faerie queen, who immediately kneeled before the Goddess. Cele did likewise, not having any idea what the protocol was for meeting a Goddess. The tall, brown-haired woman walked over to Cele and placed her hand upon her head. When she did this, Cele’s mind began reeling with several vibrant images. She saw Meréllier as it might be in several years …the land was pillaged, women and children suffered cruel fates, and widespread wars and plagues ravaged the realm. The sights and sounds were very vivid and seemed too real for Cele. She swooned, but still the Goddess held her in place, forcing her to see more…

One thought on “Spotlight/ Celestina Silvenfare by Kelly Lynne”