I finally went into my very first Michael’s craft store recently. Yes you read that right, I have never been in one and that was mainly because we didn’t have any in Quebec and I believe the closest one for me would have been in Ontario or the US.

I think the reason I never went into one was because there was none here in Quebec but thankfully they finally came into Quebec with not one, or two but three stores here in the Montreal area. They are all within driving distance for me (roughly 10 to 30 minutes by car).

Since I had the car and Michael was in school I decided to drive out to the one that was possibly the closest one to me (although my GPS lead me a longer way which took a little longer but now that I know where it is its all good). With Michael in school I was able to walk around the entire store and look at almost everything. I made it a point to check out all the aisles.

I found some awesome little goodies: 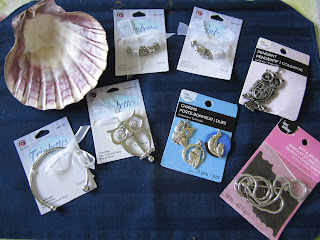 I spotted this beautiful shell and quickly put it in my basket as this is now my newest soap dish for the bathroom. The other items are all jewelry pieces. Apart from the three pack owl pendants which will be made into bookmarks once I get the pieces I need. 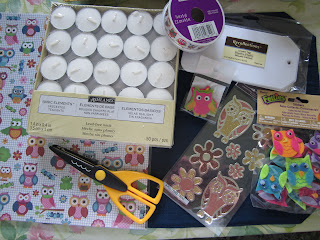 I also grabbed some tealights for my wax burner. Along with a bunch of Owl items such as the ribbon which are going to be bookmarks eventually when I get the pieces I need along with some various stickers, scrapbook paper and the scissors. I also spotted the creative tags which I am thinking of doing something bookish with them. 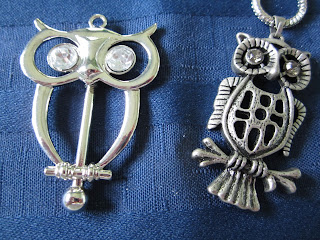 I was a little bummed cause I thought the chain I bought would have fit the other owl too but it doesn’t so I need to look for a chain for that. I have been wearing this owl necklace all week and have been getting a few compliments on it. 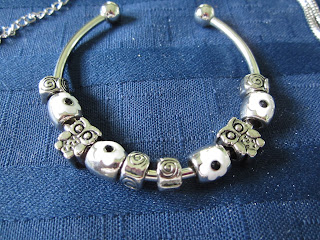 Then with the other beads I made this bracelet although I really don’t care for the bracelet itself. I think its because I am use to the other kind of bracelets.

So that was my little mini Michael’s haul and I was really impressed with the owl items I found and I am thinking of eventually checking out the other two Michael stores in my area.

Are you a big Michael’s shopper? Crafter? Jeweler?