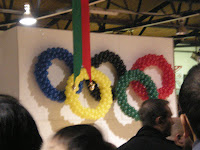 Vancouver, British Cloumbia is hosting the 2010 Winter Olympics. Which as Canadians alot of us are excited about that.

Did you know that an employ at Bombardier (Montreal) designed and made the Olympic torch? They made 12,000 of them. We actually got to go to Bombardier to see and hold the torch (as we are a family of a Bombardier employee). Which I have to say was quite heavy. 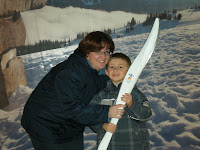 I was really surprised and excited to hear that the Olympic Torch Relay was coming to my area and even more excited when I heard it was going to be passing behind my house. Michael’s school was invited by the city to go and watch it so here he is decked out in his gear. 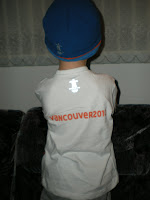 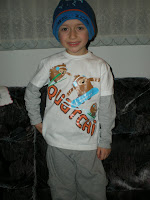 This morning started out really nice and mild even though it snowed the night before. I was going to go out and stand behind my house but by the time it came for the torch to pass it got very wind and cold so I decide to stay in and to go upstairs to the bedroom where I could see it all.

They were behind schedule as I was watching it online. Finally it passed by and it was over in a blink of an eye. 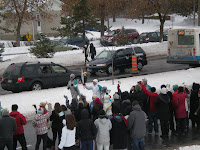 This is what I got from my upstairs window. It was exciting to be able to witness this. The kids (this is high school kids) were excited and cheering the runners on as they passed. I was also following the relay on twitter and they had tweeted that this was the best crowd they have had to date turn out and cheer them on. It meant alot to see that. We rock as a community.

One thought on “Olympic Torch Relay”