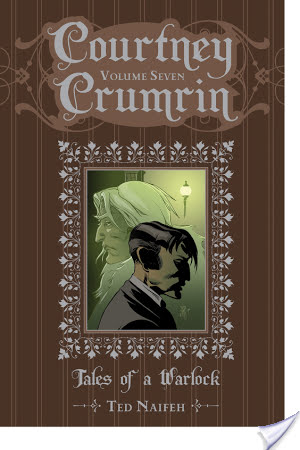 At long last, Courtney Crumrin Tales returns... in full color! Though the Witches and Warlocks of Hillsborough keep to themselves under Ravenna’s Law, there are outliers who are a danger to others. The Anti-Sorcery Society, headed by mortal Horace Crisp, seeks to destroy these individuals, and Aloysius Crumrin, an eager young man, offers his assistance–keeping his magical ancestry to himself, of course. But he doesn't count on Alice Crisp, Horace’s tenacious daughter, accompanying him on missions, or on trusting her with his secret… or on falling in love. Which proves more dangerous than anything when Horace becomes his enemy…