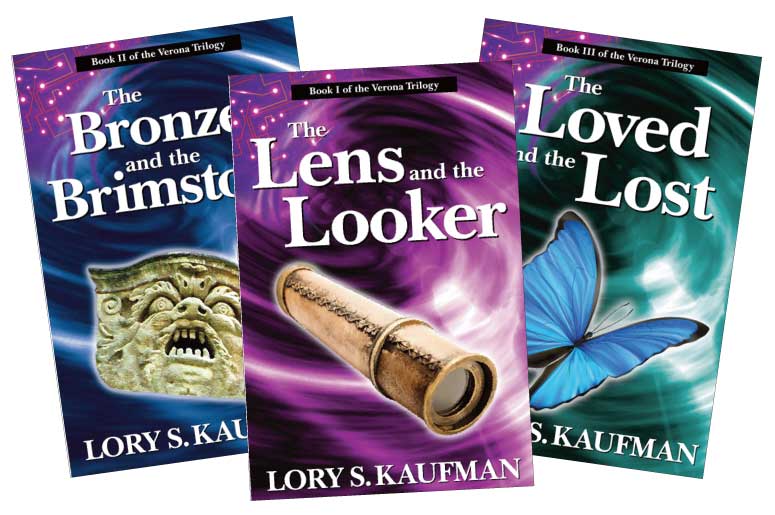 It’s the 24th century and humans, with the help of artificial intelligences (A.I.s), have finally created the perfect post-dystopian society. To make equally perfect citizens for this world, the elders have created History Camps, full sized recreations of cities from Earth’s distant pasts. Here teens live the way their ancestors did, doing the same dirty jobs and experiencing the same degradation. History Camps teach youths not to repeat the mistakes that almost caused the planet to die. But not everything goes to plan.In this first of a trilogy, we meet three spoiled teens in the year 2347. Hansum almost 17, is good looking and athletic. Shamira, 15, is sassy, independent and an artistic genius. Lincoln, 14, is the smart-aleck. But you don’t have to scratch too far beneath the surface to find his insecurities.These three “hard cases” refuse the valuable lessons History Camps teach. But when they are kidnapped and taken back in time to 1347 Verona, Italy, they only have two choices; adapt to the harsh medieval ways or die. The dangers are many, their enemies are powerful, and safety is a long way away. It’s hardly the ideal environment to fall in love – but that’s exactly what happens. In an attempt to survive, the trio risks introducing technology from the future. It could save them – or it could change history.

What could go wrong in the 14th-century for three time-traveling teens? How about – EVERYTHING!

Hansum, Shamira and Lincoln, three teens from the 24th-century, are trapped in 14th-century Verona, Italy. They’ve survived many deadly experiences by keeping their wits about them and by introducing futuristic technology into the past. Principal among these inventions is the telescope, which brought them to the attention of the rich and powerful.

But standing out can get you into unexpected – situations. The nobles of Verona now believe Hansum is a savant, a genius inventor, especially after he brings them plans for advanced cannons and black powder. Being the center of attention is great, but the potential for trouble is now exponentially greater because people are watching Hansum’s every move.

Meanwhile, artistic genius Shamira has fallen for a Florentine artist with bloody and disastrous consequences. Lincoln, considered an incompetent back home in the 24th-century, has blossomed – at least until he’s shot in the head with an arrow. And Hansum, after secretly marrying his new master’s beautiful daughter, Guilietta, is offered the hand in marriage of lady Beatrice, daughter of the ruler of Verona. To refuse could mean calamity for all the teens.

Amazingly, none of this is their biggest challenge. Because a rash illness is spreading across Verona – and it is threatening to consume everyone. Do they have a future in this past?

About the book:
A quest for lost love. An adventure of many lifetimes.

Hansum, Shamira and Lincoln are three 24th-century time travelers desperate to return to 14th-century Verona and reclaim their medieval family’s shattered lives. It is a mission fraught with danger and the risk of unexpected consequences for themselves and their worlds. For all three, it is a matter of the heart. For one, though, it is truly the only thing that matters, as the fate of his eternal love and the life of their unborn child is the prize to be won – or lost forever.

In this, the final book of The Verona Trilogy, our three time travelers go on the boldest adventure of their lives. They will face hardship, tragedy, and threats from sources they couldn’t have imagined – all in an effort to wrestle a future from the steely grip of an unforgiving past.

I was going to do separate reviews of the books but instead decided to put it all into one post.

I was lucky enough to get the books a few months ago so I was able to sit back and enjoy the books without feeling rushed. One of the great things about taking part in this tour is being able to read one book right after the other and not having to wait for them to come out.

I really enjoyed reading the three books considering this isn’t a genre I read a lot of. The books consist of time traveling.  The story takes place in Medeval l Italy in the 24th century and the year is 2347

Three teenagers (Hansum, Shamira and Lincoln) are being forced to attend History Camp due to their behavior and this is their punishment. So the purpose of the history camps are to make young people about hard labour and behavior. Hmm I wonder if that exists somewhere in the world because there area  few people I would love to send there.

These history camps normally work but not for these three and they are then forced to go to an Total Immersion History Camp and they back to the 14th century (1347) and live in Italy where they will be taught to behave and respect people.  Things are always different then they were then right?

I think these three were hell bent on being disruptive and at times I wanted to reach in and slap the backs of the heads. They didn’t appreciate anything in my opinion and they reminded me so much of people that I know today who think the world owes them.

Each book picks up where the previous one ended which I really enjoyed because it all flowed and didn’t leave me wondering what had happened.

I thought Lory did a great job with the story line and didn’t make it feel like this was a too far fetched series. I felt like I was learning something every time I read the book. A little history lesson so to speak.

I think the older group of kids would really enjoy reading this series and I think it would make a perfect summer read. The only down part is that they might zip through this rather quickly. I probably could have zipped through this one but I wanted to take my time because there was a lot of information.

I don’t want to get to much into my review because I am sure I will spoil it.

To see the other blogs who have participated and are participating on the tour please CLICK ON THIS . Thanks Laura for allowing me to be a part of this tour and a huge thank you to Lory for sending me his books to read for the tour. Lory also graciously signed my books for me. Thank you.