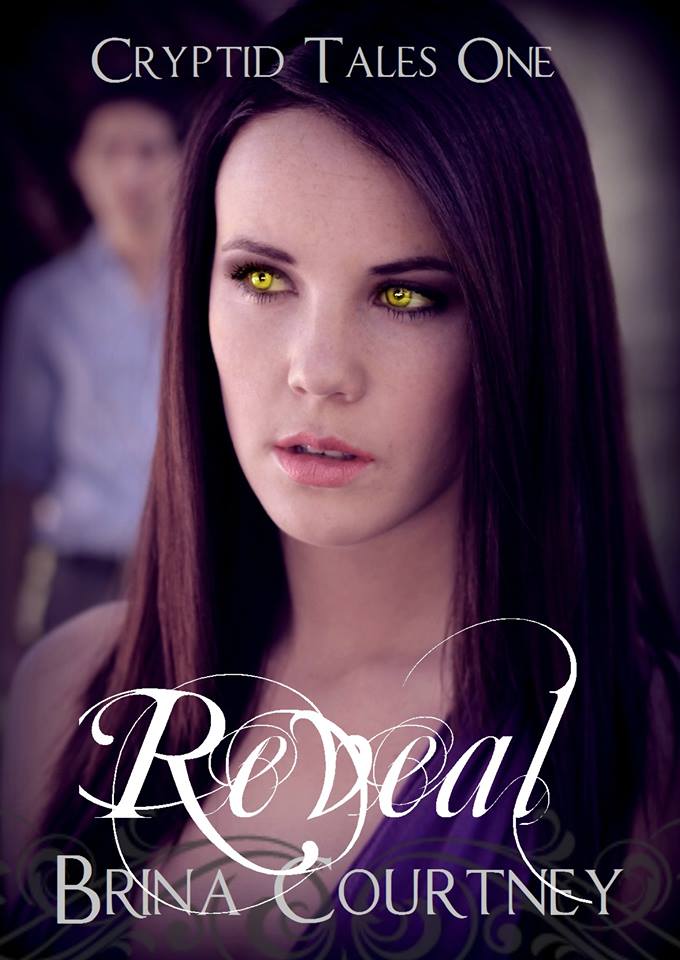 Shay Tafford’s childhood has been fatherless, filled instead with memories of speaking to the
dead. She is forced to hide her unique ability from those living around her. That’s why it’s been comforting to have Jeremy, a child ghost, as her confidante. But recently he’s been absent, perhaps lost as her father is. When Shay meets Hugh, the guy she’s had a crush on for weeks, and finds he can speak to ghosts too, she’s just starting to find a normalcy in her life.

But as Hugh reveals the truth to Shay, about who she really is and about what it is she can do, he erases all chances she had at a normal existence. Turns out talking to ghosts is just scratching the surface of her genetically engineered gifts. Shay learns she may be part of an age old prophecy that could save the entire race of cryptids. But can she?

This is a debut novel by Brina Courtney and I want to quickly thank Mark My Words  for allowing me to be a part of the book tour from Reveal and today I am sharing my review with you.

Shay who is the main character of the book is a high school student has lived through her fair share of life events. A young person should never have to live through that much in such a short time. When Shay was a young girl her father went missing without a trace and to this day it still affects Shay. She was very close to her father.

Since that day Shay has been able to communicate with ghosts. One particular ghost is a young boy names Jeremy. He was an orphan and living was living in an orphanage when it was burned down mysteriously. Sadly in that fire 35 other boys and girls died. There ghosts are lingering around and they all have specific tasks to do.

Growing up Jeremy has always been Shay’s best friend and when they have a fight she banishes him and he is never seen again. This has left a hole in Shay’s life and this forces her to find a human friend named Olivia. They spend all their time together and do all kinds of typical teen stuff.

On a recent trip to a coffee house they met Hugh and Shay discovers he is just like her. Through talking to Hugh she discovers that he actually knows so much more then Shay and he tells her that there are others just like them called Cryptids. Shay begins to hang out more with Hugh and his parents are beginning to think that Shay and Hugh could possible be the prophecy couple they heard about. Could they be the answer that is needed?

I loved the cover for the book. I really enjoyed the story. It was nice to read something a little different from what I normally read. Its nice to branch out and discover a new author.

One thought on “Review/ Reveal”