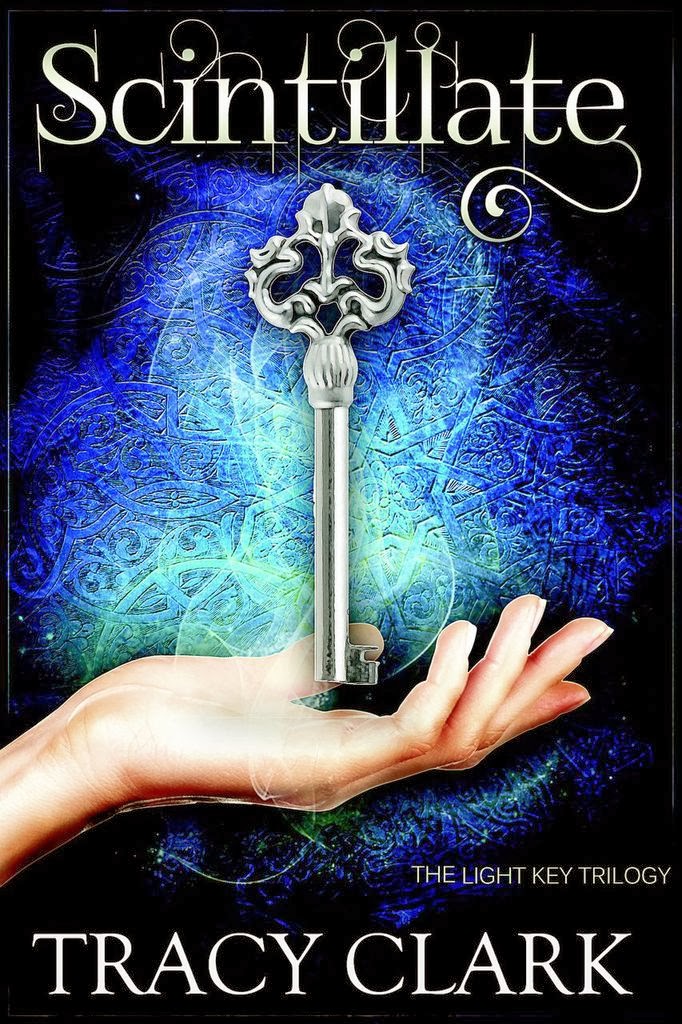 Scintillate by Tracy Clark
A mighty flame follows a tiny spark
Cora Sandoval’s mother disappeared when she was five and they were living in Ireland. Since then, her dad has been more than overprotective, and Cora is beginning to chafe under his confines. But even more troubling is the colorful light she suddenly sees around people. Everyone, that is, except herself—instead, she glows a brilliant, sparkling silver.
As she realizes the danger associated with these strange auras, Cora is inexplicably drawn to Finn, a gorgeous Irish exchange student who makes her feel safe. Their attraction is instant, magnetic, and primal—but her father disapproves, and Finn’s mother orders him home to Ireland upon hearing he’s fallen in love. After a fight with her father, Cora flees to Ireland, both to follow Finn and to look for her missing mother.
There she meets another silver-haloed person and discovers the meaning of her newfound powers and their role in a conspiracy spanning centuries—one that could change mankind forever…and end her life.
Title: Scintillate (The Light Key Trilogy)
Author: Tracy Clark
Genre: YA Paranormal
Length: 304 pages
Release Date: February 2014
Print ISBN: 978-1-62266-145-9
Ebook ISBN: 978-1-62266-146-6
Imprint: Teen
Advanced praise for Scintillate by Tracy Clark
“A lush and atmospheric debut with a scorching romance and a metaphysical mystery. It had me hooked from the start.” -Suzanne Young, author of THE PROGRAM.

One thought on “Released Day Blitz of Scintillate”