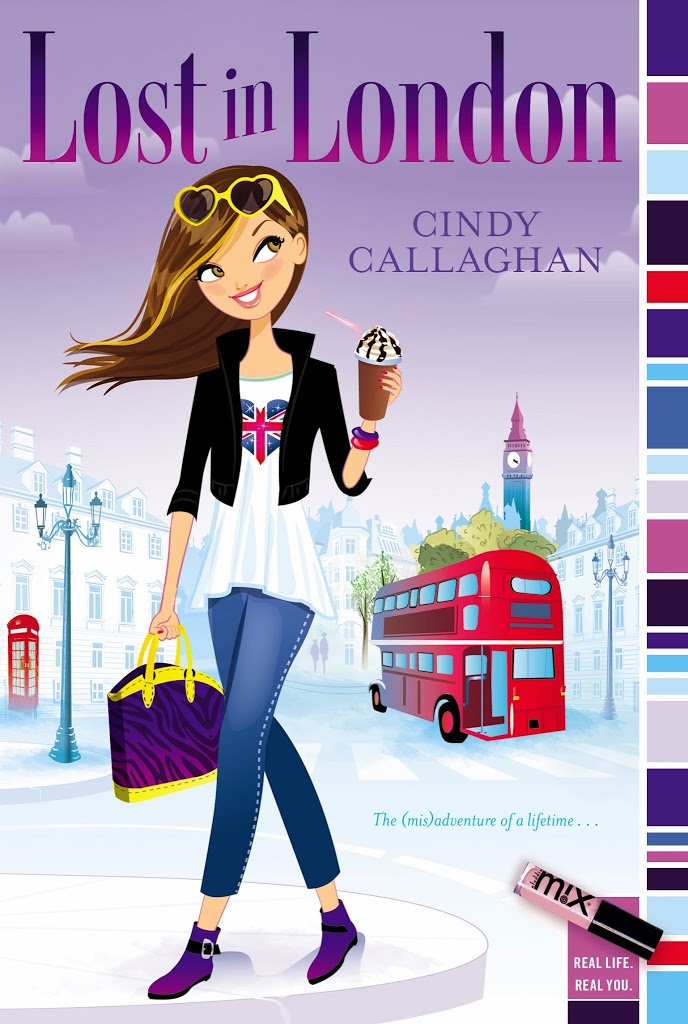 About the book:
A tween’s foreign exchange experience lands her in London luxury—and some hot water as well! Twelve-year-old Jordan isn’t unhappy, but she’s definitely bored. So when she gets the chance to take part in a London exchange program, she’s thrilled to ditch her small town in Delaware and see the world across the pond.
Unfortunately, Jordan’s host sister in London, Caroline, isn’t exactly enthusiastic about entertaining an American girl. Despite the chilly welcome, Jordan finds herself loving the city and Caroline’s group of friends, who are much nicer than Caroline herself.
And then a major misstep leaves Jordan and Caroline trapped together overnight—inside Daphne’s, the world’s largest department store. Given they have complete access to all the fancy shoes, designer dresses, and coolest makeup around, there are worse places to be stuck. But when the girls’ fun has not-so-fun consequences, Jordan’s wish for excitement abroad turns into a lot more than she ever bargained for…

When I was sent the email to ask if I would be interested in reviewing Lost In London I quickly jumped at the chance to read this because it sounded like a great book.

London is a city I would love to visit one day (hopefully soon). I was lucky enough to fly into Heathrowe airport when we went to Hungary this past summer and I got to see some amazing things from the sky but my dream is to actually visit the city and do some sight seeing.

This was a super quick read and I managed to read it within a few hours. I really enjoyed the book and I will actually be passing it on to my son’s school library as I am sure the girls in the school would love to read it.

Jordan is your typical 13 year old girl who is fed up with being bored all the time and she just wants to live life a little bit. I remember when I was 13 feeling the same way and just wanting to have a little fun and excitement because I had friends in school who got to travel and see places and for me the extent of that involved spending the summer in Montreal with my grandparents. It was fun and I cherish those memories but I always longed for more.

I love the cover of the book and its so nice to see many incorporated into such as the red double decker bus, the red phone booths, and Big Ben in the back ground. I think girls will be drawn to the cover and the book.

When Jordan discovers that her school is taking part in exchange program she knows that this will de-bored-ified her life and bring a change that she needs. She quickly brings this to her parents attention who say yes she can go with exceptions she must get a A on her report or she will be stuck doing chores to pay for the trip.

Jordan is a little disappointed when she arrives in London because her host family isn’t there to meet her and they have sent their driver to pick her up. Although she likes the idea of being driven around.

When she arrives she meets Caroline who would rather go shopping then sight seeing with Jordan. So upon arrival Caroline convinces Jordan to go with her and her friends (Ellie, Gordo and Sam) shopping. They are headed to one of the biggest department stores in London, Daphnes.

I knew right away that something was going to happen during this shopping trip, I wasn’t quite sure what it would be but I have to say I was a little excited when I was reading it because it was always a dream of mine and I am sure I am not alone in this dream. Can you guess what it was?

Don’t worry I won’t spoil it for you but I will say that what happened lead to a string of events that pointed to a British girl and an American girl being behind it. But were they really or is it just made to look like it?

I have to say that I was surprised and had no clue who was behind what was going on because you think its one person because the evidence points that way which makes for a great mystery.

Will Jordan be able to see the sights of London or will Caroline have other plans for her?

I really enjoyed the book and I think alot of girls will as well. I love the terms used in the book that are typical terms you would use in London which made me long to go there and visit. Have you ever been to London?

About Cindy Callaghan: Cindy grew up in New Jersey and attended college at the University of Southern California before earning her BA in English and French, and MBA from the University of Delaware. She recently exited corporate America after nearly twenty years, and is now fully entrenched in business consulting, writing, and family. She is very involved with her children’s activities, including coaching the occasional soccer team. Cindy lives, works and writes in Wilmington, Delaware with her family and numerous rescued pets.

One thought on “Review/ Lost In London”