Source: I received an ARC (signed) copy when I attend BEA this year and then I went out an bought a finished copy when it was released.

About the book:
Alex and Conner Bailey”s world is about to change, in this fast-paced adventure that uniquely combines our modern day world with the enchanting realm of classic fairy tales.

The Land of Stories tells the tale of twins Alex and Conner. Through the mysterious powers of a cherished book of stories, they leave their world behind and find themselves in a foreign land full of wonder and magic where they come face-to-face with the fairy tale characters they grew up reading about.

But after a series of encounters with witches, wolves, goblins, and trolls alike, getting back home is going to be harder than they thought. 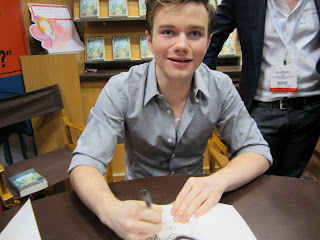 I have to admit that I am a huge Glee fan. I watch the show weekly  and buy the cds when they come out. I was super excited when I found out that Chris was writing a book and even more excited when I heard that he was going to be at the Children’s Author Breakfast that was happening during BEA. I quickly bought my ticket for the breakfast when they announced it. There was no way I was going to miss out on that event.

As soon as the breakfast was over I quickly made a beeline for the Little Brown booth to find out when the signing was happening. I was quickly informed that there was an “unofficial” line starting so I got in line asap. I had gotten a number ( I think it was 55 or so) and the above picture is what I took as he was signing my book. I was basically gushing telling him how much I loved Kurt and that he was doing an awesome job and that I was dying to read his book. 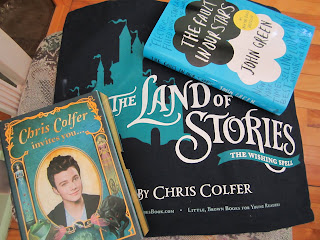 For taking part in the breakfast I was able to get an advance readers copy of Chris’s book and this awesome tote bag which I love to pieces.

I loved how the arc was presented as it wasn’t  just a book but it was in a cute packaging.

Just before I get into my review I will be adding other pictures to this post that are involved with the book.

I have been wanting to read this book since I got it but held off because I knew that if I loved it, I would be gushing about it non stop and that wouldn’t be far to my friends and family who happen to enjoy Chris and would want to read the book because there would be no way I would lend out my signed copy to anyone.

When I began the book I swore that this wasn’t going to be one of those books I would zip through because I wanted to savour every moment and every word. I think I did really well and read it within a week and limiting myself to reading it just at night.

All I can say is that I loved the book and this is something that I have told Michael he should read one day soon. I loved the idea behind the book and wondered how it would all play out and Chris did a fantastic job.

I loved the cover. This is the finished copy as you probably already know. I actually love the cover more in person. 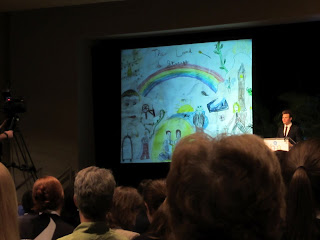 This was Chris’s version when he was 10 years old. Some similar items in them both.

Then on the inside cover there is a map: 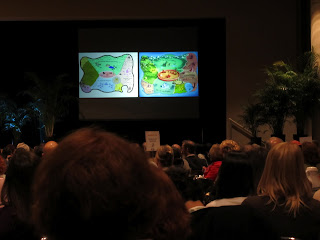 As you can see Chris’s version and the final version once again very similar and I think that is awesome that the illustator would do that.

Quite honestly I wasn’t sure what to expect and if I would even love the book. I was nervous because I had high hopes for the book and I am so happy that it lived up to my expectations of it. I loved it and honestly I would reread this again.

If your like me when you were little reading those fantastic fairy tales you probably wondered what would happen after the happily ever after right?  Well Chris takes us to that place and we discover what happens and not everything is hunky doory so to speak and that good and evil still interact.

One of the reason I wanted to have a finished copy of the book was because of the map so I could follow along on the journey Alex and Conner were going to take since there was no map in the ARC. I think having that map was useful for me and adds to the book.

Alex and Conner are twins (brother and sister) and their grandmother has given them this book to look after and its all the fairy tales that they knew and loved since they were little. When one day strange things begin to happen and they are sucked into the book landing in a fairy tale. In order to get back to their normal life the kids have to set out on a journey to recover items to make a spell to go back. While they succeed or be stuck in the fairy tale world? What they discover will surprise them.

I loved how there was just enough action going on to keep you interested and I am sure middle graders would love this kind of book.

I thought Chris did an excellent job on his first book and I would read his next book because he did a great job with the storyline, the characters, describing it all perfectly and staying true to the original fairy tale.

At once laugh-out-loud funny, deliciously dark, and remarkably smart, Struck By Lightning unearths the dirt that lies just below the surface of high school.

The film Stuck By Lightning is set to be released by Tribeca Film later this year and features Colfer’s own original screenplay. Colfer also stars in the film alongside Allison Janney, Christina Hendricks, Dermot Mulroney, Sarah Hyland, and Polly Bergen.)

Just a reminder the Season Premier is on tonight. I will be watching, will you?

4 thoughts on “(Review) The Land of Stories – The Wishing Spell”