If you remember recently I mentioned that the Smart Chicks Kick It tour was making a stop here in Pointe Claire (which is a burb of Montreal) for the Third and final tour. Well today was that day.

I actually arrived at Chapters at 11am to save a few seats for a few bloggers (which I will get to shortly) and by then there was already a few people waiting. So needless to say I am really happy that I got their early.

Before I begin my recap of the day (I was actually one of the last bloggers to leave) I just want to give out a huge shout out to Tamara (she is the manager of the children’s section) “Dude, You are totally freaking amazing!” I can’t speak for the other bloggers but you rock and thanks for all that you did for us. We totally appreciate it. I will now make time to read Tiger’s Curse 🙂 and you so know you will see me next week in the store 🙂 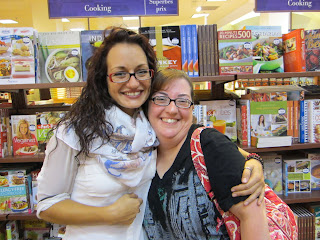 Okay now to the recap. The whole day was amazing. Its been awhile since I have been to an author signing like this. 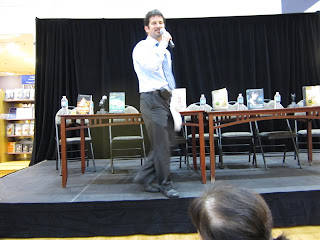 Another huge thank you goes out to our host, Mathieu (who is the Marketing Manager for Eastern Canada for Chapters) who did everything in his power to make us feel welcomed and made sure we all left happy. He was very gracious with his time for us crazy bloggers.

Like I managed earlier I got there for 11 to talk with Tamara and to meet Mathieu and there was already a few people there so I was really happy that I got there when I did because before long it started to fill up. There was roughly 200 people who attended. 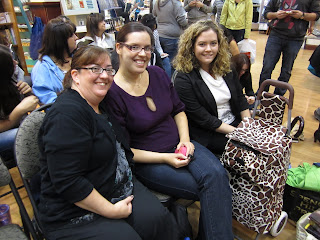 This time we took a ton of pictures. Here I am with Cindy B and Stephanie (one of her co-bloggers) from Tynga’s Reviews 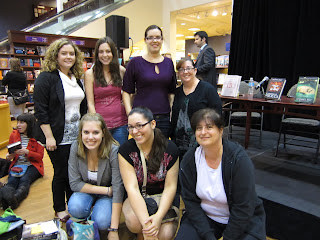 We managed to grab a group photo of the bloggers before the event started and thanks to the awesome Clare for Ontario for taking this for us. (I hope I spelled your name right?)

(bottom: Emilie from Emilie’s Book World (Ottawa Blogger), Lucy from Moonlight Gleam’s Bookshelf and AH from Bad Ass Book Reviews (she is a Montreal blogger who literally lives about 5 minutes from me.) 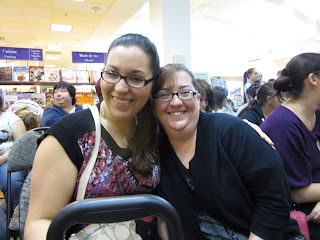 Of course I had to get a pic of Lucy and myself.

I was worried about getting there so early because it only was starting at 2pm but honestly the time flew by and it didn’t seem like we were there that long but then again when you have awesome company the time flies by.

Before you knew it the authors were coming out. They all introduced themselves and I have to say Kelley keep the ball rolling and things went smoothly with Q&As, offering prizes and more Q&As. 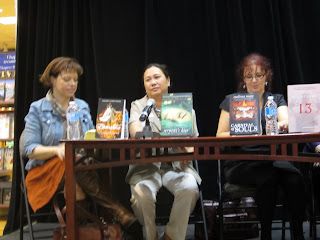 The authors on this leg of the tour is Rosemary Clement-Moore, Melissa De La Cruz,  Melissa Marr 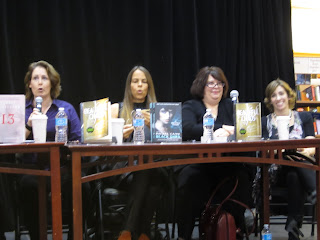 I was lucky enough to win a book: 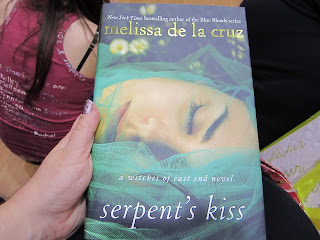 I graciously passed this on to Cindy B because she didn’t have this and I had an ARC of the book. I love the cover of this, don’t you?

After the Q&A it was time for the signing and I was lucky enough to get all my books signed by all the authors with the exception I thought Kelley had signed my copy of Entralled but she didn’t. Oh well I will keep that for the next time she is in town and hopefully it won’t be another 3 years. 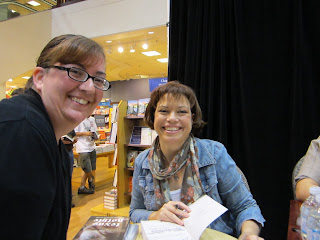 For some reason I don’t have a picture with Melissa De La Cruz. Hmm not sure if the person took it with someone else’s camera or what but its okay cause I got to meet Melissa when she was in town last year and I almost fan girled when she told me she remembered me. 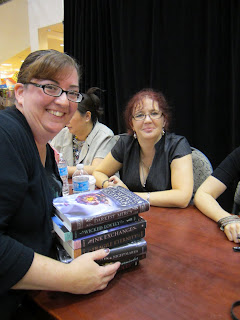 Next in line was Melissa Marr and she graciously signed all my books in one shot so I didn’t have to go back to the end of the line. Thank you Melissa you rock. 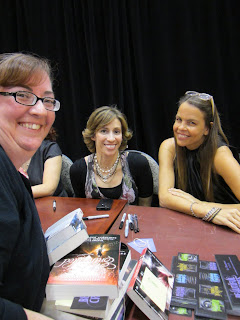 Can I just say that by far the funniest ones at the signing was Margaret and Kami? Plus Maragret had on the most amazing shoes ever. I tried to grab a photo of them but they came out very blurry and it was later that I was noticing Kami’s as well. ﻿ 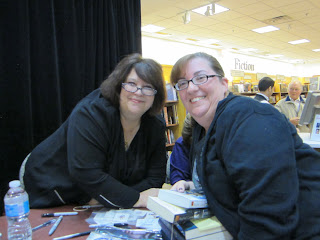 Rachel Caine was another awesome author and she was one of the authors I talked to the most at this event (I stood in line numerous times so that Ciara could get all her books signed). She had some awesome bookmarks and I am sad that I didn’t get to grab the white one. 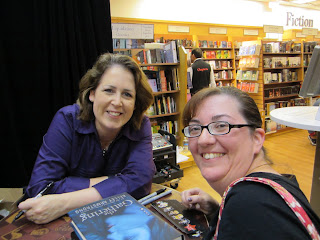 Kelley was another author I got to see and talk to alot because I was helping the other bloggers get their books signed. This was by far the longest line. Kelley is another one of those authors who will talk with you and not make you feel rushed even though there could be a million people behind you.

You know it never hurts to ask if a group photo is possible and we were lucky to be able to grab a group photo with Melissa, Rosemary,Melissa, Rachel and Margret plus our honoree Montreal Book Blogger  Mathieu. Kami is missing from the photo because she ran to the bathroom and Kelley was still signing. 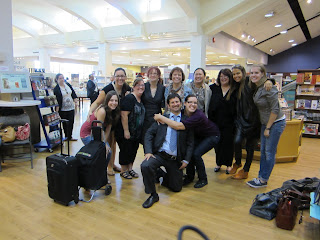 When Kelley was done we were able to grab another picture and this time Melissa, Kami, and Rachel posed with us. 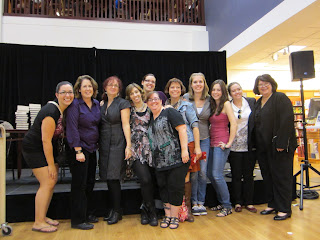 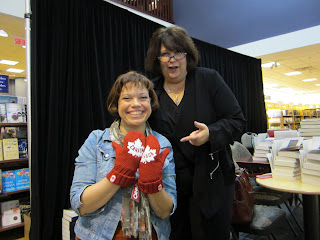 This next picture was actually taken while Kelley was still signing but I had to take it and Rosemary graciously allowed me to take this photo. This is Rosemary rocking the winter mitts of Canada. These first became famous when we held the Winter Olympics in Vancouver.

It was a totally amazing event and I am so happy that they stopped in Montreal and they will in Dartmouth, Nova Scotia tomorrow (Sunday) at 2pm at the Chapters for their last Canadian stop and the following authors will be there: Kelley Armstrong, Melissa Marr, Melissa de la Cruz, Charles de Lint, Sarah Rees Brennan and Jeri Smith-Ready. How awesome would it be to see Sarah Rees Brennan and Jeri Smith-Ready?

If you get the chance I highly recommend taking part in the tour. The authors are so amazing and you will have so much fun.

Thanks to Kelley and Melissa for organizing this, to Rosemary, Rachel, Margaret, Melissa and Kami for coming to Montreal and dealing with all the crazyness. Sadly Carrie Ryan was suppose to come but had to back out at the end for medical reasons. Get well soon Carrie and I hope you come to Montreal when you get better.

Also thanks to Chapters for hosting this awesome event and to the fantastic staff you guys rocked and kept it all calm and organized.