We are huge fans of Artie Bennett as you may recall we had Artie on the blog before promoting his picture book The Butt Book and out of all of the picture books Michael has this was the one he would read over and over again. He still giggles when he reads it. I even brought the book to school and read it to the kids in the library and they loved the book. They were laughing and giggling.

When I discovered that Artie was going to be at BEA promoting his newest picture book Poopendous I told Michael and this was one of the books he really wanted me to get. So I emailed Artie letting him know that I was going to be there and to expect me. Well the BEA karma gods had other plans for me and sadly by the time I got to the signing I was told that it was closed. Meaning there was no more books which I was bummed about and even asked if it was possible even to go and say Hi and that he was expecting me and I was told no sorry can’t do.

I walked away bummed but what can you do and it was only after the fact that I noticed an email from Artie letting me know that he missed me at the signing and aplogized but if I wanted a book there would be one at the booth well of course it was after BEA so I struck out again.

Thankfully Artie was super nice and he sent me a copy of the book signed for Michael. Thank you Artie for doing this for us.

Speaking with Artie he was very gracious and did a guest post for me which I am thrilled to share with you today. I hope you enjoy it as much as I enjoy sharing it with you.

Please help me welcome back Artie to Cindy’s Love of Books.

First of all, I’d like to express my bottomless gratitude to Cindy for giving me a forum to introduce my pooptacular new picture book to her legions of readers. You may know my first “mature” work, The Butt Book. It was showered with praise and won the coveted Reuben Award for Book Illustration.

Cindy herself reviewed it and enthused,

“The book is written with clean humor that the kids will get and laugh it. This is a great picture book, which I am sure will be a big hit amongst the boys, seeing as boys seem to think butts are funny. I enjoyed reading this book with my seven-year-old and being able to watch him laugh was one of the best feelings in the world.”

While The Butt Book still has legs (and long ones at that), it was now time for my second act. I cast about for the perfect follow-up. What should it be? Should it be . . . naaaah. Or maybe . . . naaah. But then I had a brainstorm. Perhaps a children’s book in verse about poop would prove the ticket. After all, what more fertile topic could there be for one’s “number two” picture book. And there seemed to be a natural progression. When the word “poopendous” came to me out of the blue one day, that clinched it! I knew I not only had to write it, but I also had both the title and the final spread. So, just like with The Butt Book, I now sat down to write a memorable, stirring ending first before attempting any of the preceding verses.

I write in verse, and I love the challenge that this poses. But I’m also saddled with a perfectionist nature and therefore agonize over every single syllable. I tweak and revise endlessly until I get things just right. And then I tweak and revise some more. It’s important that my rhymes be strong and true. But perhaps even more important is that the cadence of the verses be musical. If the stress happens to fall on the wrong syllable, the verse will crash upon the ear. And since I’m going to be reading it aloud, I can’t have ungainly verses. They would catch in my throat. And that would be a sin.

It’s rare when a verse spontaneously emerges that I find fully satisfying. More typically, it will be the product of those endless rewrites, after many near misses. The reader doesn’t see the discards. On my website, ArtieBennett.com, I highlight a couple of my favorites in the Outtakes section. One outtake that I was particularly fond of went like this:

Babies poop. Adults do, too.

Even Winnie had to poo!

I was so fond of this verse, in fact, that I fought like the dickens to retain it. But it wasn’t meant to be, for reasons that I’m sure you—and Disney!—will deduce. I enjoy sharing my outtakes with children after my readings and asking them if they can puzzle out why this verse never made it off the cutting-room floor. I get the funniest answers.

I love to include a “chant” in each of my books. In Poopendous!, we have

Can you see the cheerleaders leading this one during halftime? Now, had the wombat not been a prolific producer of cube-shaped poop, described as resembling rather pungent dice, I don’t know what I would’ve done. I would’ve been left with three-quarters of a great verse—and despondency.

I try also to slip in some internal rhymes when possible to enliven the verses. I was particularly pleased with:

And I always strive for a strong, animated opening in my books, for I know how important first impressions are. Poopendous! begins:

Poop is yucky, poop is foul.

Step in poop and you will howl.

To read this book, you must be strong.

Just hold your nose and come along!

This sets the stage for much merriment to follow. But Poopendous! conveys much more than mere fun. Poopendous! is replete with fascinating nature lore. I happen to have a fairly large fund of information stored up in the recesses of my brain from years spent bird watching and botanizing. Yet I still needed to do extensive research for the book. Thankfully, though, it wasn’t necessary to do any fieldwork and collect samples. Besides, my wife would have changed the locks on me while I was out collecting.

Along with gently imparting a natural-history lesson in my work, I’ve also added a large dollop of fun. Children and their parents often dissolve into laughter at my readings. And bookstores, too, are not immune. I just received this heartening comment from the children’s book buyer of an independent bookstore in California in response to my telling her about my new book.

“Guess what?!? We already have Poopendous!, and I have even been known to give spontaneous in-store readings. What a delightful, hilarious, informative, fascinating book. Thank you for writing to us, and for writing such great books! Best of luck to you, and hip-poop-hooray!”

Poopendous! is beginning to get some very favorable attention, and not just from my relatives. A recent review of Poopendous! declared that I have “discovered the secret to get today’s kids to read books.” And a brand-new review in the Huffington Post proclaimed, “For anyone who loved The Butt Book, you must immediately go and buy Artie Bennett’s follow-up, Poopendous! It appears there is no topic Mr. Bennett can’t make funny and educational.”

It’s an absolute thrill to know that my books are playing their small part in getting children excited about books and reading, especially these days when there are so many coarser things commanding their attention. And to give the gift of laughter to youngsters is a blessing that transcends words, even words like “poopendous!” 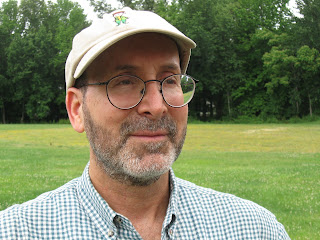 About the author:
Artie Bennett is the executive copy editor for a children’s book publisher and he writes a little on the side (but not the backside!).

His itch to write gave us The Dinosaur Joke Book: A Compendium of Pre-Hysteric Puns (currently extinct) when he was a much younger man. The Butt Book, however, was his first “mature” work. The Butt Book was showered with praise and won the prestigious Reuben Award for Book Illustration. His “number two” picture book, fittingly, is entitled Poopendous! What more fertile topic could there be but poop!

Artie was the youngest (at about age thirteen) person to originate and sell a crossword puzzle to the New York Times. He went on to sell several dailies and two large Sunday puzzles to the Times before he began college. It’s been downhill ever since.

He and his wife, Leah, live deep in the bowels of Brooklyn, New York, where he spends his spare time moving his car to satisfy the rigorous demands of alternate-side-of-the-street parking.

He is pleased to share the visionary promise of Poopendous! with a wider audience.

Visit ArtieBennett.com before someone else does!

I want to send out a huge thank you to Artie for taking the time out to do this guest post for me and being so gracious with the comment you made and for the book. We love it.

Check back tomorrow for my review on the book.