From Thursday April 26th to May 2nd, Michael’s school has been doing the Scholastic Book Fair. I was super excited to actually be able to take part in it this year. Not only as a buyer but a volunteer. 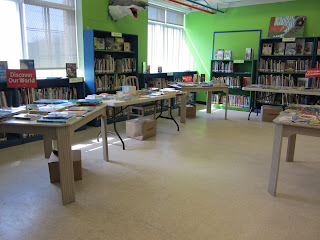 I finally managed to get some photos this time. I meant to grab some on Friday when I was there  but I didn’t get the chance. The tables aren’t as filled as they would have been in the beginning because sadly I took this at the end of the morning. 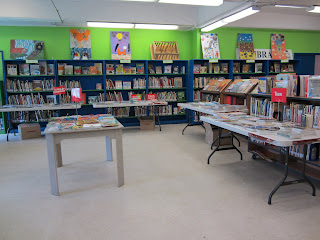 For the book fair the table in the center is french books and we had seven tables filled with assorted english books. 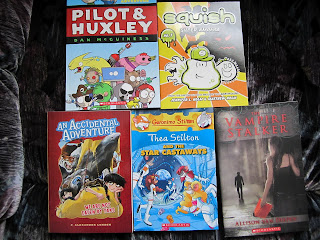 So I managed to grab two books for me and several for Michael as you can see. I spent a little more then I should have ($88.50) but I guess it was for a good cause since the money will be going back into the school.

Here is what we got: (Friday’s loot)
-Pilot & Huxley First Adventure (graphic novel)
-Squish Super Amoeba vol 1 (graphic novel)
-An Accidental Adventure we are not eaten by Yaks. This is the first book in the series.
-Thea Stilton and the Star Castaways
-The Vampire Stalker (I have had this on my wislist but never bought it because it was in hardcover and I saw it in paperback so I nabbed it) 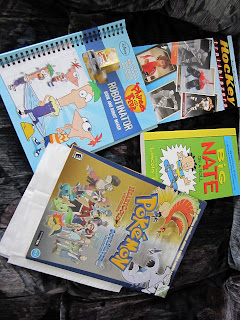 This was today’s loot since Michael’s class went to it today:

(sorry I didn’t realize that the picture was sideways)

I think from being at the fair both days I think the school did amazing and probably raised quite a bit of money. I will have to inquire when I go in on Friday.

Looking forward to another fair next year. Have  you been to one? What did you think of it?

I hope that next year that Scholastic will listen to the librarian and offer some newer titles, popular titles.