As many of you know last week I made the treck from Montreal to New York City for Book Expo America last Monday. 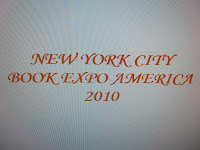 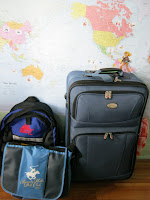 I didn’t get much sleep on Sunday so when the alarm went off at 6am I was really tired, excited and nervous. This would be the first time I have travelled alone since before 1998 went I went to Detroit to visit a friend.

On the way to the downtown Montreal train station I picked up Donna from Books Bound and her husband as we were traveling together. 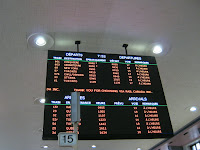 Once at the train station we met up with Avis from She Reads and Reads, Tina from Bookshipper and Linda from Better With Books. We decided to grab a Red Cap to bring our bags down to the train as there was no checked baggage and the guy we had was super because he got us pre boarding. That meant no waiting in line.

The train ride was pretty uneventful except that it was long and we got into NYC late. We were delayed at the US border which I guess should be expected. I think we were on the train for almost 13 hours give or take a few.

Needless to say we all were a little antsy and dying to get to the big apple. Once in NYC we parted ways. I was sharing a room with Linda, Avis and Tina went to their hotel and Donna and h

er husband went to theirs. We all planned to meet up in the morning.

I stayed at the Hampton Inns Madison Square Garden. Which is two blocks from Penn Station.

Check back to hear about about our Tuesday in NYC tomorrow.

One thought on “On This Day Last Week (Monday)”